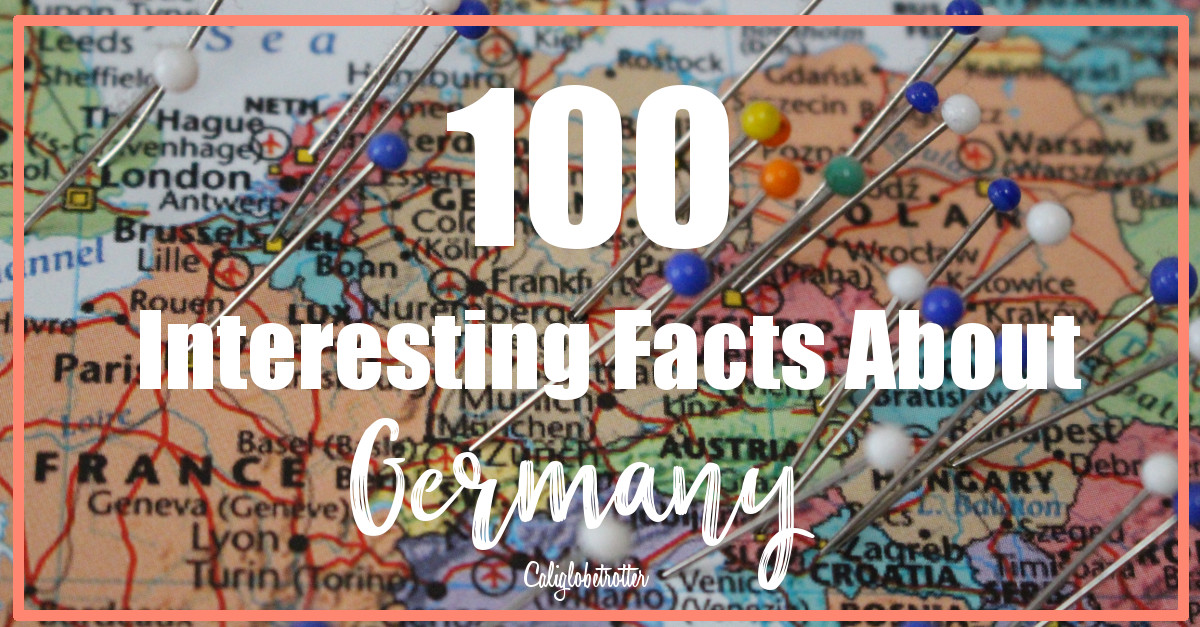 Planning to Visit Germany Soon? Pin these fun facts about Germany for later!! 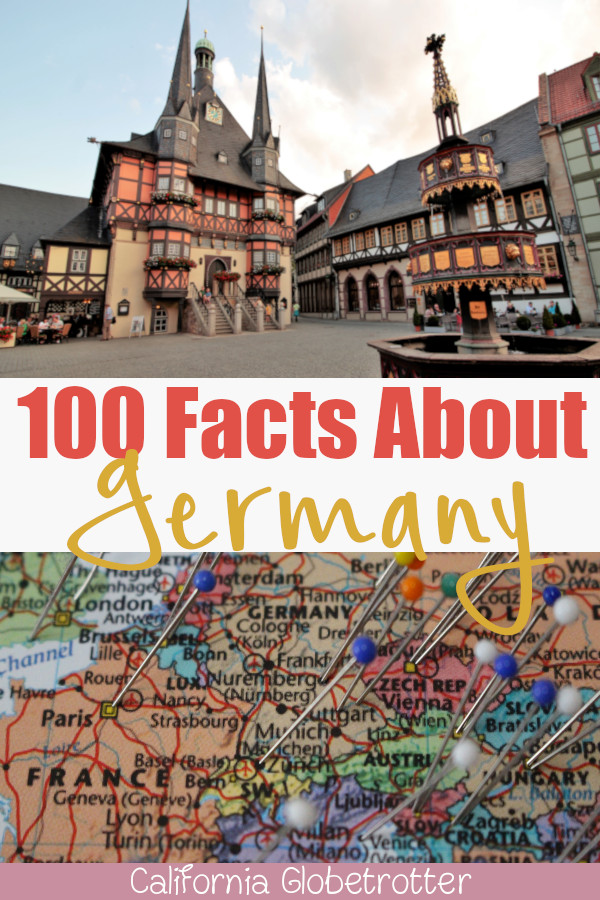 A GARGANTUAN List of Places to Visit in Germany

Superlatives of Germany: The BIGGEST, The TALLEST, The OLDEST…

1. Germans are the second biggest beer consumers in the world after the Czechs!

2. Therefore, I need to mention that in Bavaria, beer is considered food.

4. At the moment, the strongest economy in Europe is Germany’s.

6. During WWI, Germany was the first country to start using Daylight Savings

7. Apparently, Germany was one of the last countries to ban smoking indoors in restaurants and the workplace because government officials were afraid to imitate Nazi officials who looked down upon smoking.

8. There is over 300 different kinds of bread

9. The Wittelbachs ruled Bavaria for 738 years 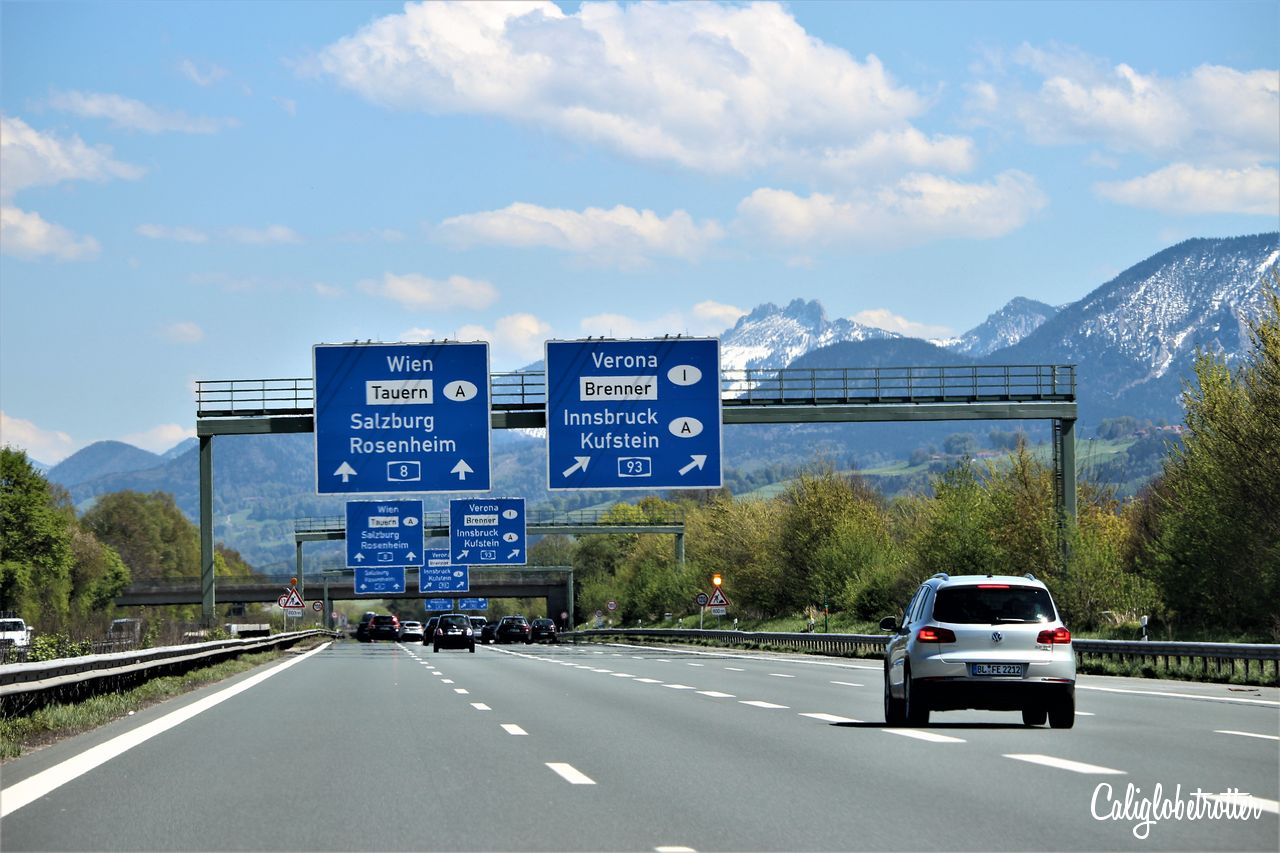 12. Oktoberfest is NOT in October. Its actually the last two weeks of September.

13. The first Oktoberfest was actually a wedding celebration for Prince Ludwig of Bavaria in 1810. 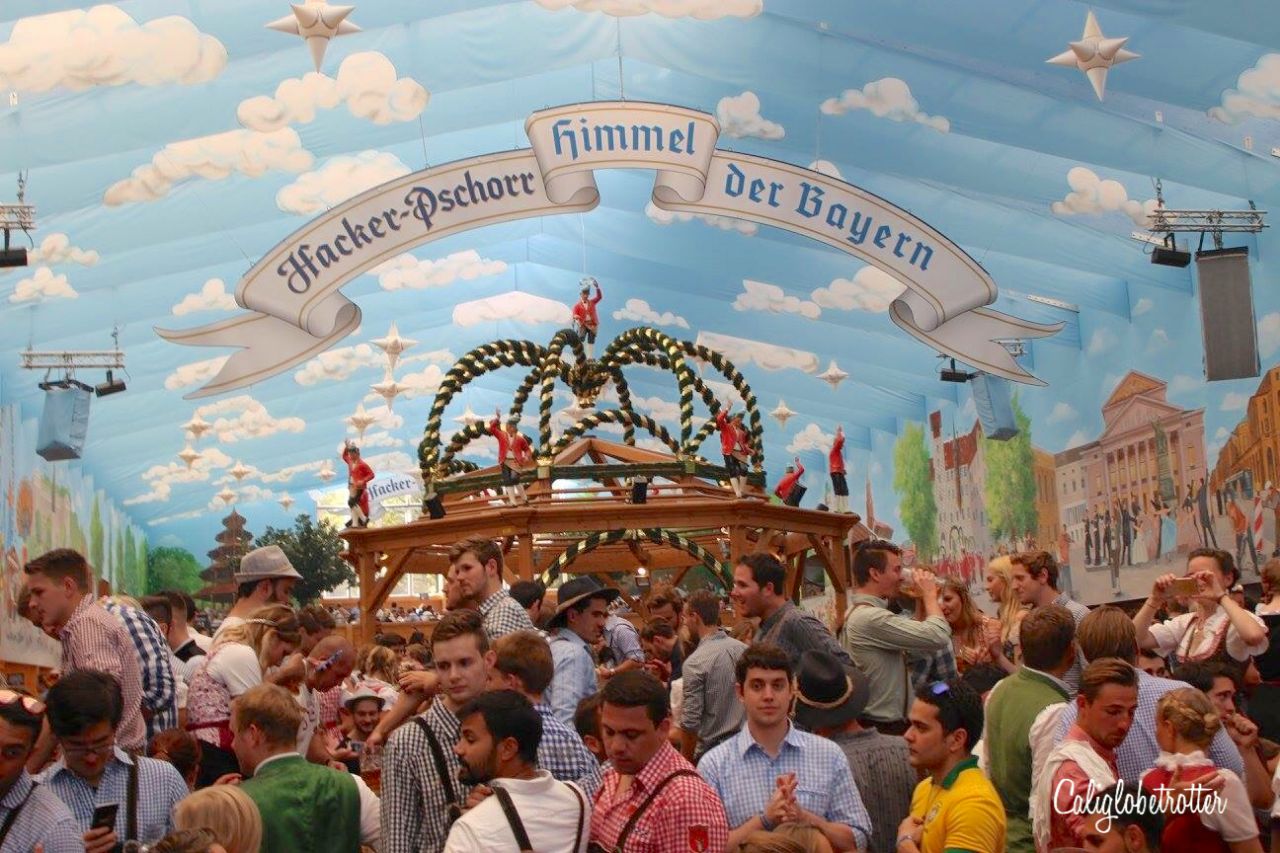 15. The first book to ever be printed was the Bible by Johannes Gutenberg in the 1450s and you can see it in Mainz, Germany 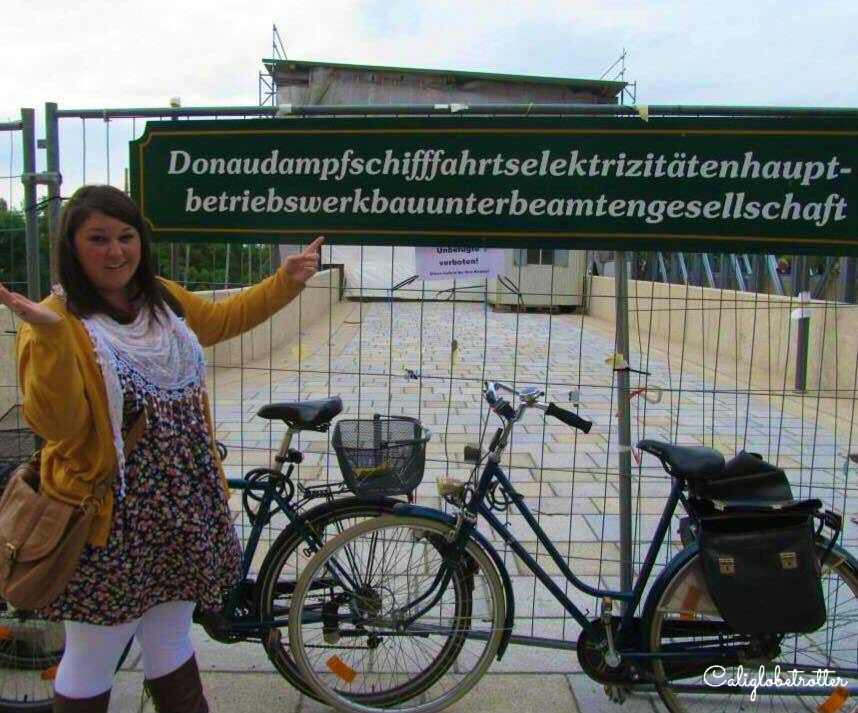 18. The last Olympic games to be held in Germany was in Munich 1972 where the Israeli team was held hostage and then killed by terrorists

19. When JFK visited Berlin, he famously stated “Ich bin ein Berliner” which also translates to “I am a jelly donut” even though that’s not what was interpreted. Berliners knew he meant he was one of them.

20. Germans are the third most efficient country in the world to recycle after Switzerland and Austria

22. The world’s tallest cathedral is in Ulm at 530 feet tall

23.The world’s largest fresco is at the Wurzburg Residence painted by Giovanni Battista Tiepolo

24. Holocaust denial is a crime in Germany

25. The tradition of the Christmas tree came from Germany

26. The world’s two largest cuckoo clocks are in Schonach and Schonachbach in the Black Forest

27. After Japan, Germany is the second largest exporter of cars in the world

28. German is spoken by over 100 million people worldwide

29. There are over 60 beer gardens just in Munich! 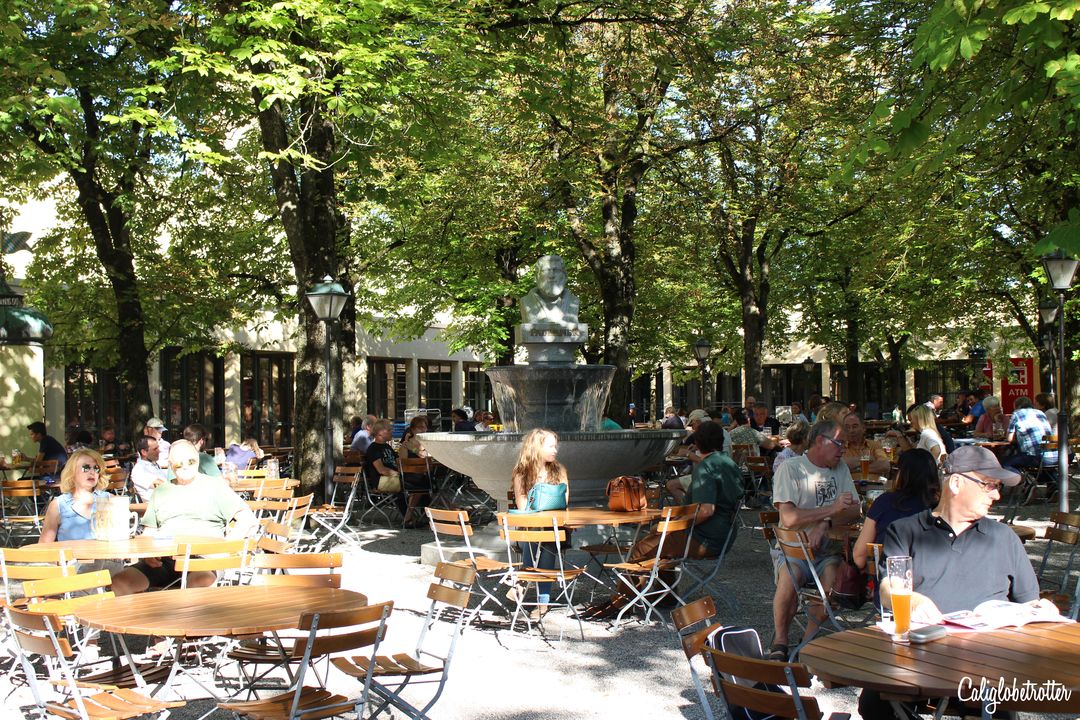 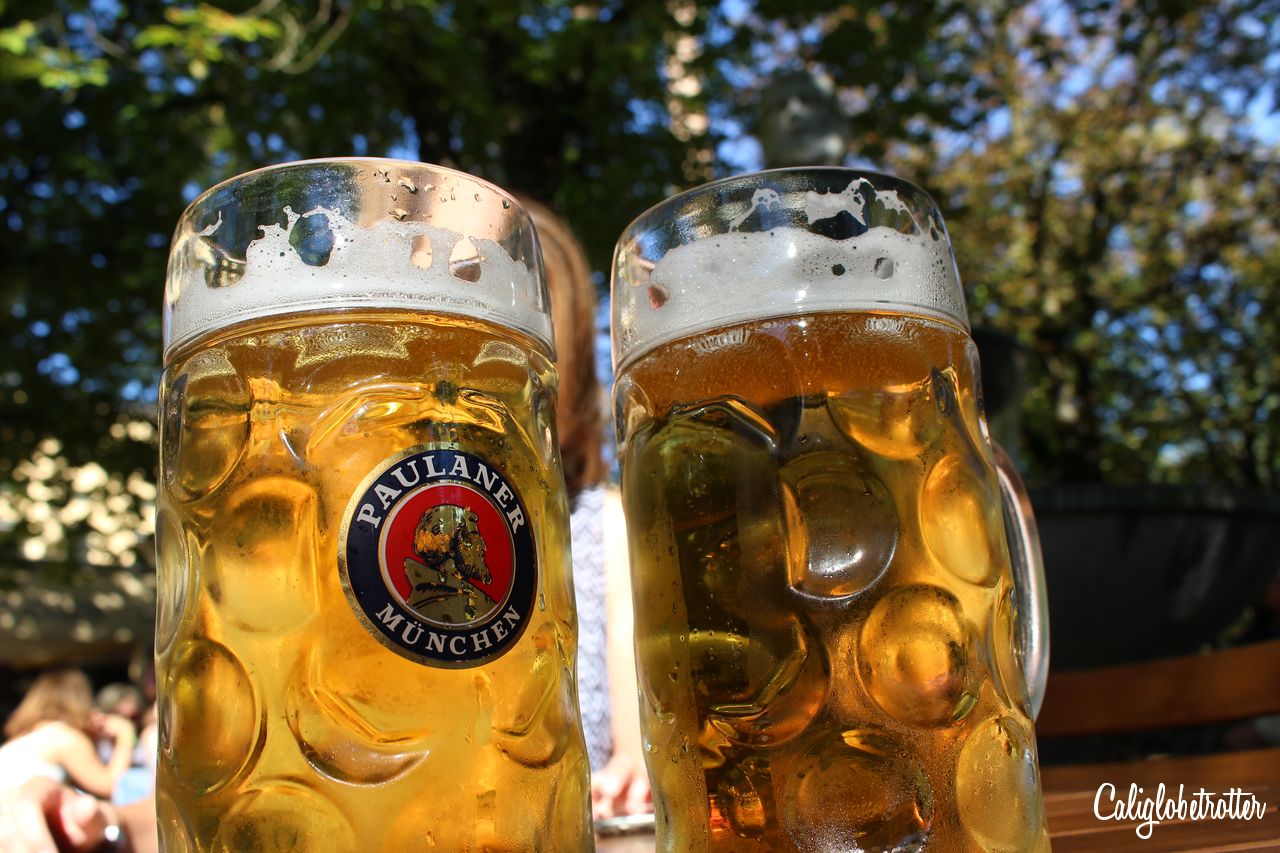 30. Germany has more zoos than any other country in the world at 400.

32. In the 4th grade, German kids are placed into Hauptschule, Realschule or Gymnasium, which determines if you will go to university or straight to the work force. Gymnasium is the highest level which leads to university.

33. The cuckoo clock was invented in the 17th century 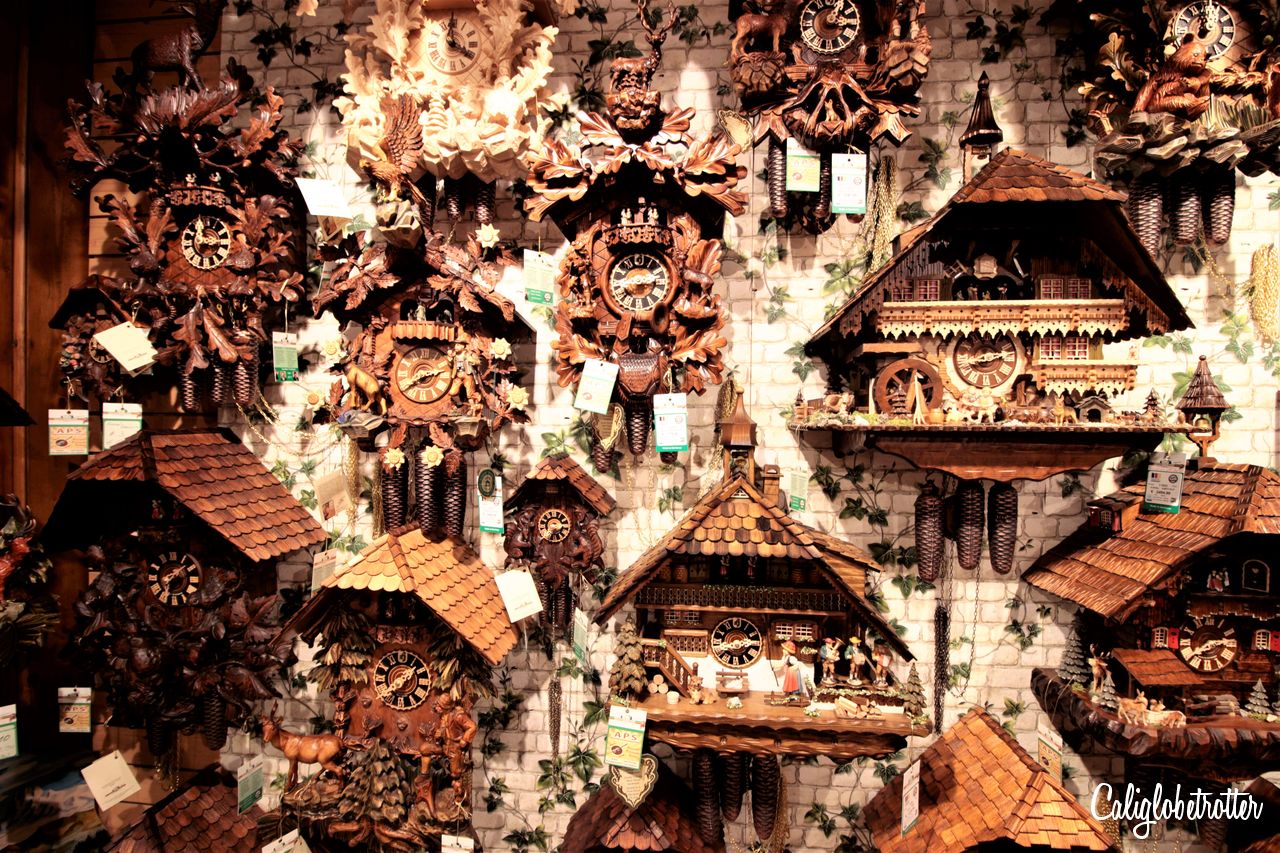 34. The founders of Adidias and Puma are brothers

35. The Deutscher Fußball-Bund was found in 1900 in Leipzig

36. The most successful football team is Bayern Munich

37. Germany has more soccer clubs than anywhere else in the world

38. Angela Merkel, Germany’s Chancellor, has a Barbie doll modeled after her

39. The word Rindfleischetikettierungsueberwachungsaufgabenuebertragungsgesetz (law delegating beef label monitoring) was removed from the German language in 2014

40. Germany was once a cluster of small kingdoms, duchies and principalities which were unified as the kingdom of Prussia in 1871 which later became the Weimer Republic, then the Third Reich and in 1949 the nation divided into the Soviet-supported East Germany (German Democratic Republic) and the democratic West Germany (Federal Republic of Germany). On October 3rd 1990, East and West were reunited, finally forming the country of Germany we know today

41. Germany is the 5th largest country in Europe after Ukraine, France, Sweden and Spain

42. Angela Merkel was ranked as the world’s second most powerful person

43. Many apartments come without a kitchen and you must buy and install a kitchen which fits, that can be taken apart and taken with you when you move

44. On the border between Germany and Austria, there is a town called Fucking (pronounced Fooking)

45. The world’s oldest monastery brewery is the Weltenburg Abbey founded in 1040 not far from Regensburg 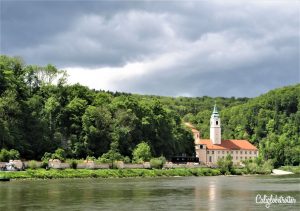 47. Most Taxis and Buses are Mercedes

49. Aspirin was officially created in 1899 in Germany

50. X-rays were discovered in 1895 by Wilhelm Conrad Röntgen

51. More than a quarter of Americans claim German ancestry 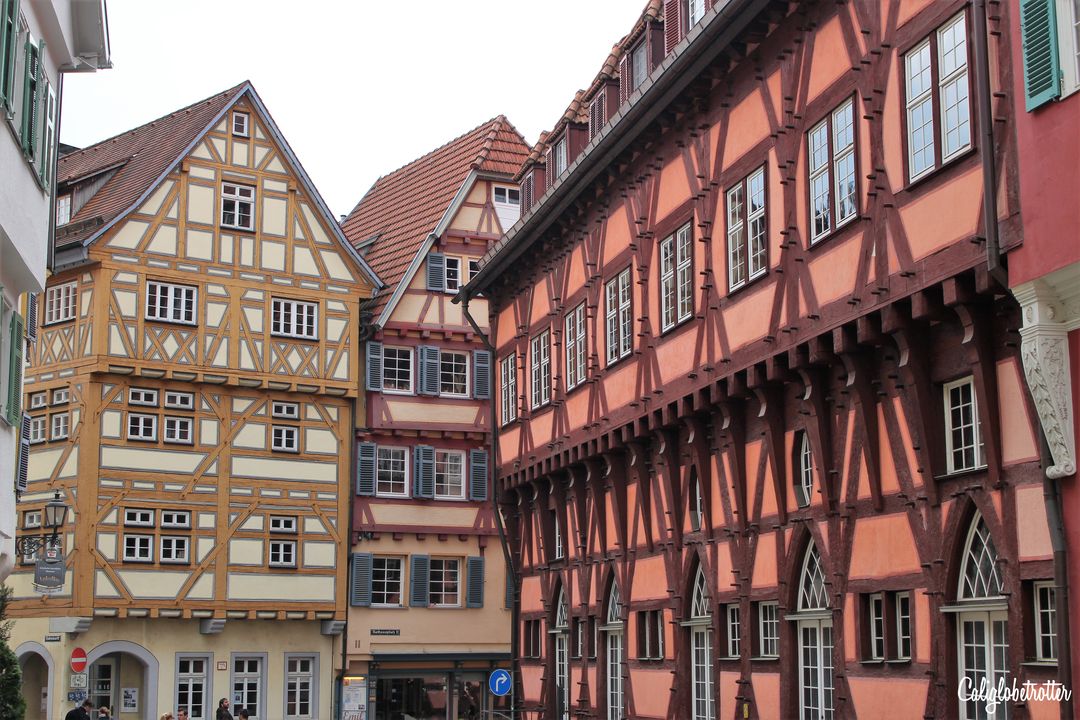 53. There are about 60 dialects of the German language

56. King Ludwig II is said to have lost his senses and was found in Starnbergersee with his doctor, drowned.

57. Supposedly, Germany has fake bus stops for people who escape from nursing homes  who suffer from Alzheimer’s because they tend to wander to the nearest bus stop so they can go home. When nurses find them, they let them know the bus will be late and have them sit inside. Soon the incident is forgotten

59. In 1516, a German Beer Purity Law  (Reinheitsgebot) was passed which only allowed water, hops and barley in the beer. Later, with the discovery of yeast, it was incorporated into the law.

60. Germany is nicknamed the “Land of Poets & Thinkers”

61. In a pub, you order another beer with your thumb, not your index finger.

62. The world’s first airline was founded on in 1909, in Frankfurt. It is called DELAG, expanding as Deutsche Luftschiffahrts-Aktiengesellschaft which translates to German Airship Transport Corporation

63. Lufthansa is the largest airline in the world. 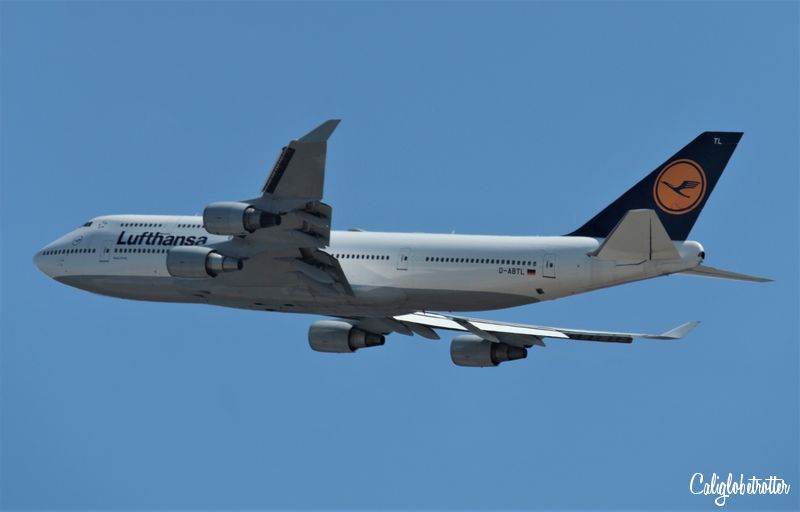 64. German is the official language in 5 countries: Germany, Austria, Switzerland, Luxembourg and Liechtenstein

65. Germany has the largest population in Europe with 81 million people

66. There is no punishment for someone who escapes from jail because it is a basic human instinct to be free

67. It is illegal to run out of fuel in on the Autobahn

68. Hamburgers got its name from the city of Hamburg, Germany

69. Germany abolished college tuition fees in 2014, even for international students

71. Fanta originated in Germany during WWII since it was difficult to import Coca-Cola.

72. Chinese Checkers was invented in Germany in 1892 and was called “Stern-Halma”

76. Germans consumed more pork than any other meat

77. The highest mountain in Germany is the Zugspitze at roughly 10,000 feet

78. Bavaria was the first region in Europe to be precisely measured

79. The Grimm Brothers didn’t intend their stories to be for children, rather a scholarly project intended to identify the true spirit of the Germanic people

80. Only 71 percent of German men stand to take a pee.  They’re known as Stehpinkler (standing pee-ers).  The other 29 percent prefer to sit (the Sitzpinkler).

83. The word “Germany” dates back Julius Caesar, who dubbed the lands east of the Rhine River “Germania”.

84. Germany’s most popular snack is the Doner Kebab brought over by Turkish immigrants and was created in Berlin 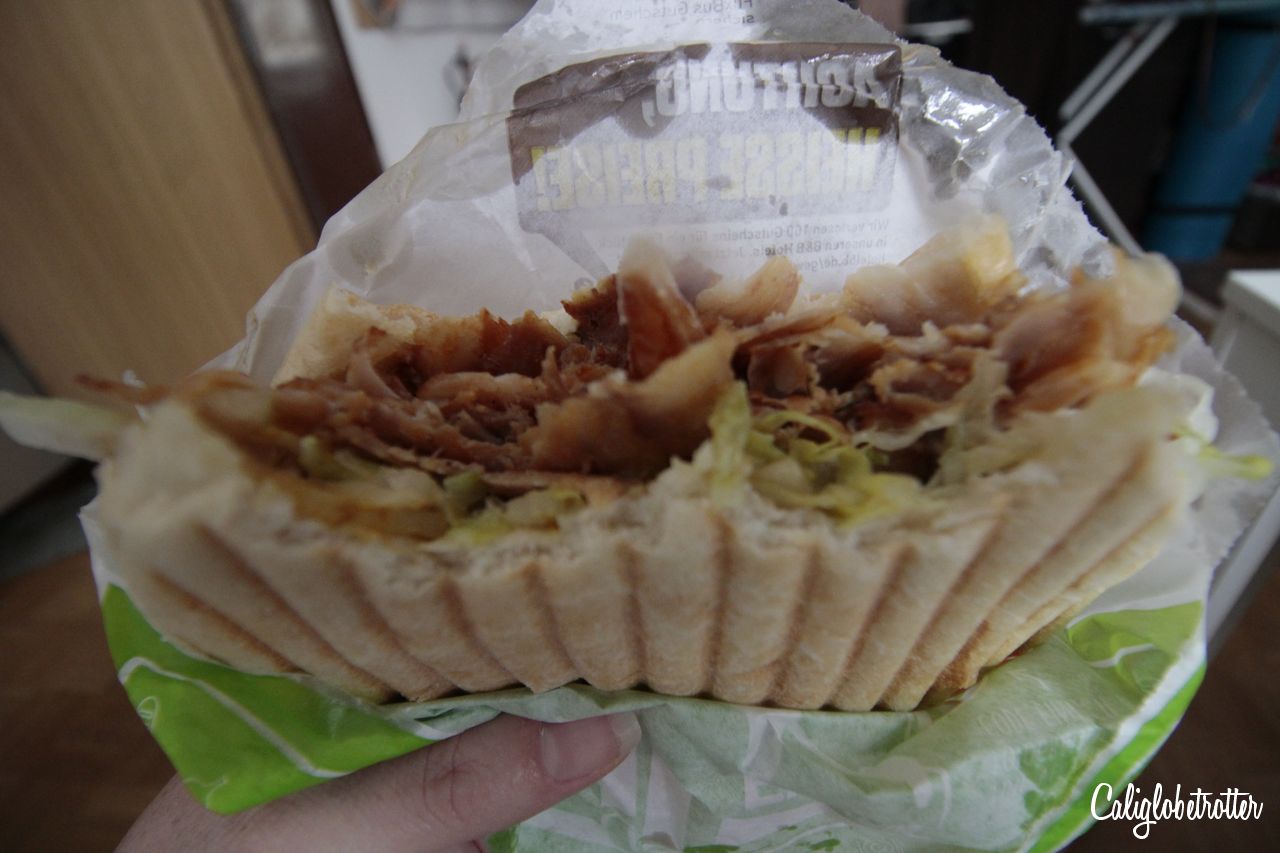 85. The autobahn is a network of 8,026 miles making it the longest in the world and the most dense

86. Hitler did not come up with the idea of the Autobahn, he just enthusiastically supported the idea

87. Germany is the 8th largest producer of wine

88. Germany has one of the world’s lowest birth rates

89. Gummi Bears were invited in Germany

90. Germany is called the “Fatherland”

91. The trend of wearing Lederhosen and Dirndls to Oktoberfest has always been a must. However, in smaller regions, it is becoming a “rebirth of culture” with younger generations.

92. King Ludwig II only slept 11 days at the Neuschwanstein Castle

93. The Sleeping Beauty Castle at Disneyland was inspired by the Neuschwanstein Castle 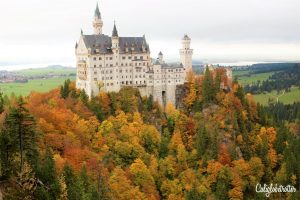 94. During WWI, Hitler’s life was spared by a British solider… wonder what life would have been like if he had died on the battlefield..

96. 1.8 million gallons of beer is drunk at Oktoberfest

97. Munich is the most expensive city in Germany to live in

98. Oktoberfest has been canceled 24 times

100. Many people pass out from drinking too much beer at Oktoberfest and are called “Bierleichen” or beer corpses. 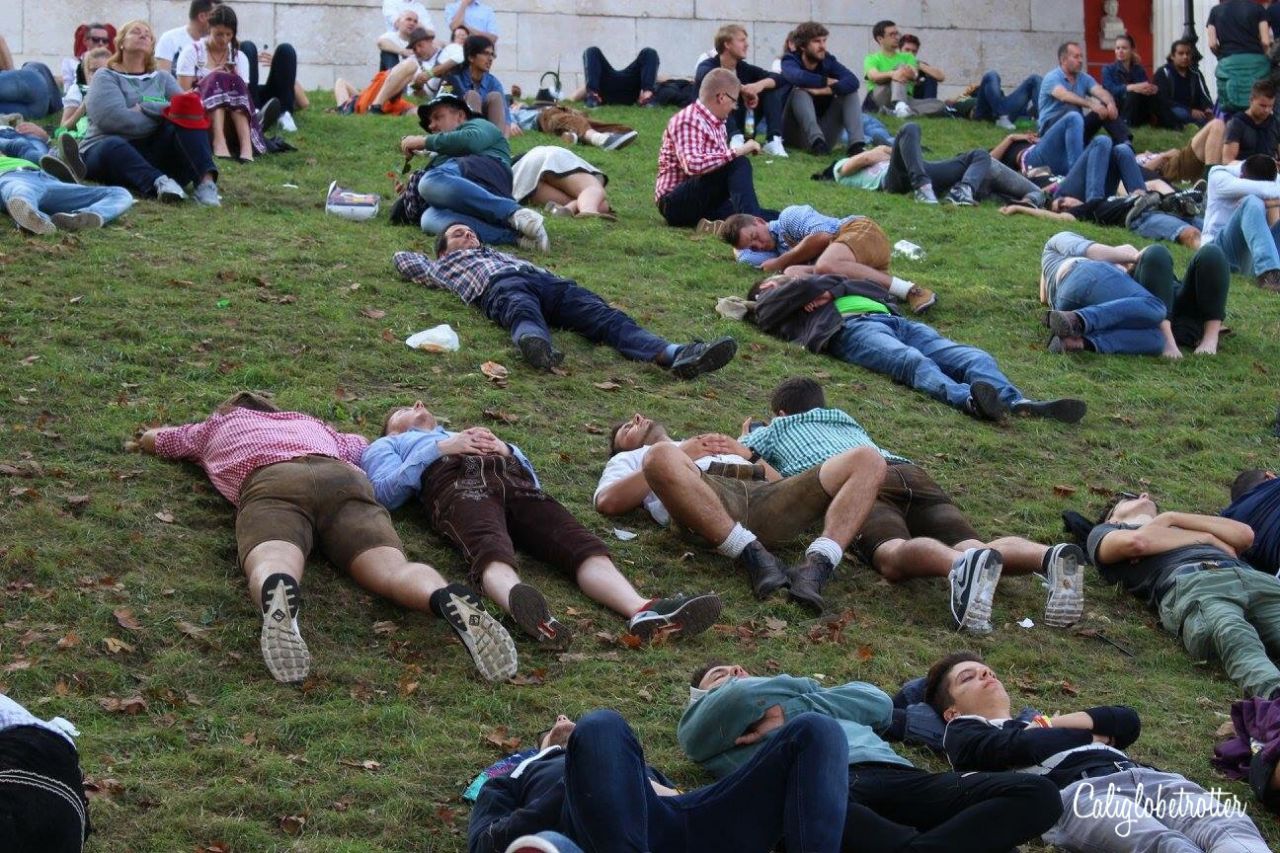 Other Fun Posts About Germany:

100 Signs You’ve Live in Germany for Too Long

You Won’t Find These in Germany 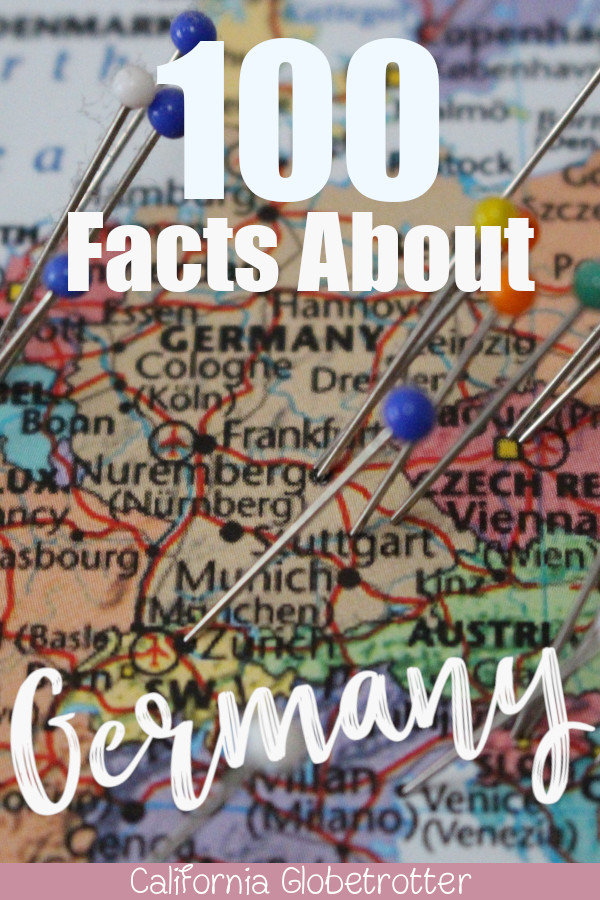 Replies to 100 Interesting Facts About Germany