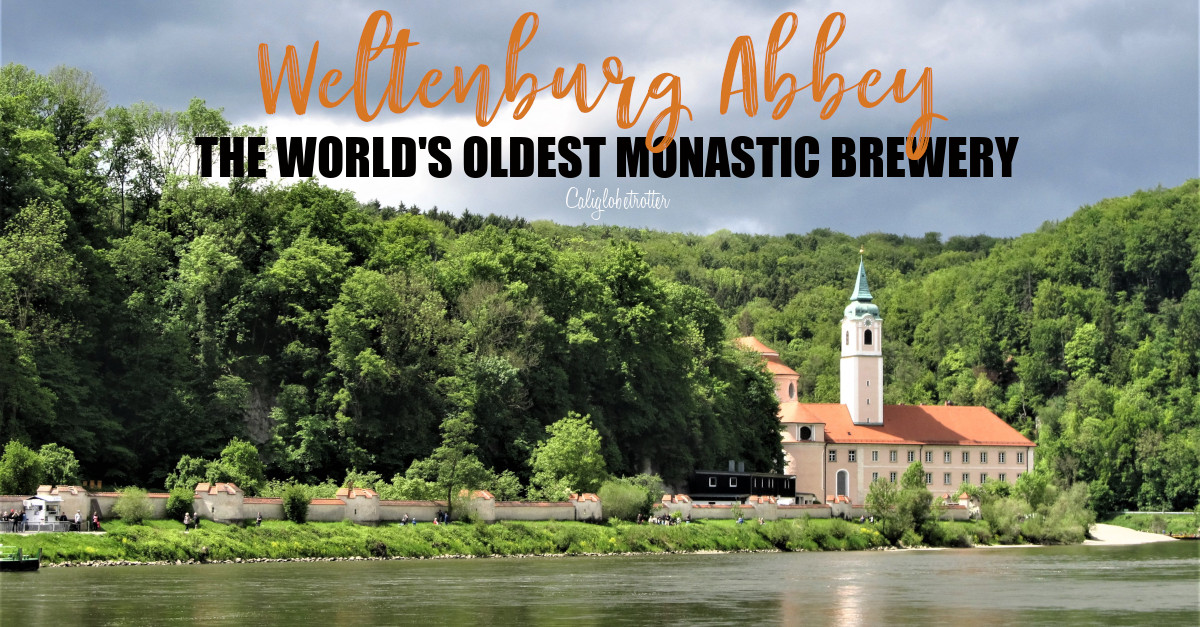 Located on a bend along the Danube River (Donau) is a solitary monastery founded in 620 which makes it the oldest monastery in Bavaria. It is also considered to be the world’s oldest monastery brewery, however it does rival Weihenstephan Abbey for the title. What makes this monastery special, is that one of the best ways to reach it is with a river boat ride down the Danube. 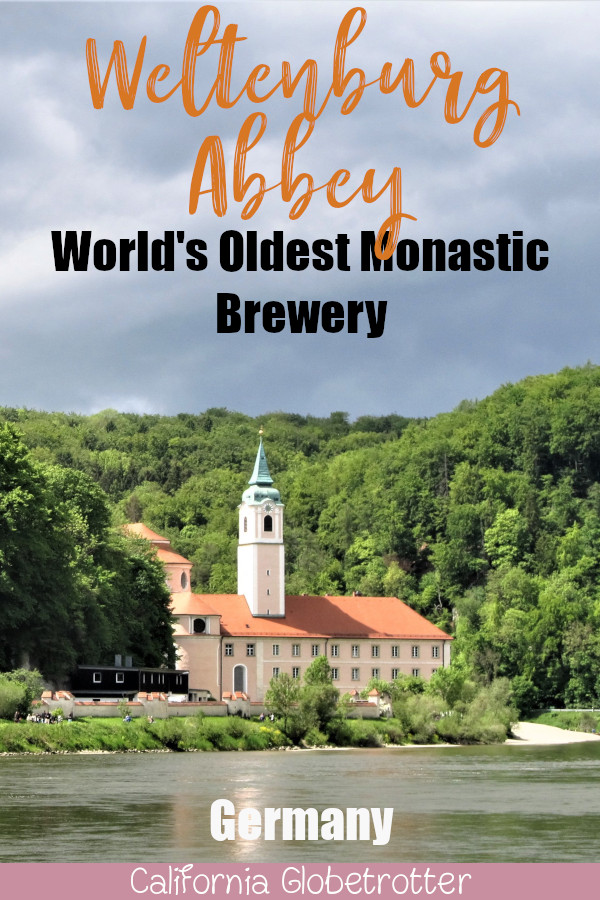 How to Find the Boats

Just below the Befreiungshalle in the small village of Kelheim, you can find a small parking lot next to the DeutschePost from where the ships pick up to take you downstream to the beautiful Kloster Weltenburg. We decided to spend the afternoon taking a boat ride up the Donau (Danube) river so that we could go to Kloster Weltenburg. This is one of the best river cruise day trips from Regensburg, but not every day, of if you’re extra motivated. it’s an easy day trip from Munich via train to Kelheim and catch the boat from there.

Check out this website for more information depending on the seasons. Unfortunately, the site is only in German, but for adults its about 8,90 € per person round trip and in case you are traveling with children they are only 4,45 €.

I highly suggest checking out the Befreiungshalle either before or after your boat cruise, especially since the parking lot for the boats is just below the memorial. King Ludwig I of Bavaria commissioned it to be built commemorating the victories won during against Napoleon during the Wars of Liberation from 1813-1815. It was finally built in 1842 and finished in 1863.

From Befreiungshalle, you will have a great view over the Danube and will even see many of the chips floating past, making their way down the winding river. The Danube river is the second longest river in Europe that passes through or touches 10 countries! It is the only river to flow from West to East and is measured from the Black Forest backwards to the delta in the Black Sea.

The  Weltenburg Abbey boat trip is incredibly enjoyable with commentary over a loud speaker about the history of the Danube in this region with informative in both German and English. Immediately taking off from Kelheim, the commentator will begin by giving you some details about Kelheim. This tiny town was founded by the Wittelsbacher dynasty and has just over 16,000 people. There are two churches squished together just below the Befreiungshalle. One is green and the other white. The small white one is the smallest church in Kelheim. 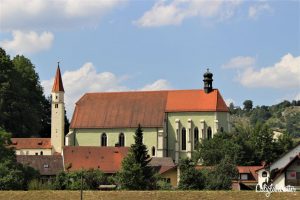 Legends Along the Danube & the Rock Formations

Further along, there is an interesting story about one of the rock formations which is called “Napoleon’s Suitcase” because he supposedly was in such a hurry to leave the area. Some other massive limestone rocks include a section with a bunch of caves. It is said that during the Medieval period, boat pirates used to hide in these caved from which they would attack ships passing, although in reality, these were once cave dwellings dating back to the Stone Age!

Another interesting legend we heard while on the boat included a tall, skinny rock formation standing on its own which says that once upon a time, a witch who lived in the area turned a beautiful young maiden into a stone. Therefore, this stone is called the “Petrified Virgin” or in German the “Jungfrau”. 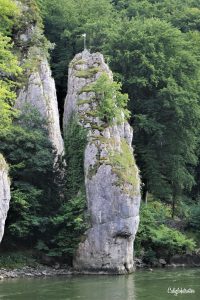 As we begin to near the abbey, we flow through one of the deepest and narrowest parts of the Bavarian Danube at 20m deep and 80m wide! To the right is a large rock formation which has 65 iron rings nailed into the side of the rock which before the times of motorized boats, boat people used to pull themselves along this difficult part of the river. There is also a small statue on the “Long Wall” of the Patron Saint John Nepomuk who was from Prague and was the patron saint for water and bridges. 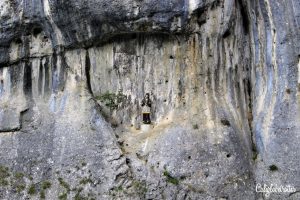 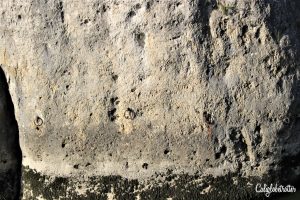 The views of the Danube are absolutely beautiful with many rock formations. You may even see people rock climbing, dangling from the cliffs over the river. Finally, you will have a beautiful view of the Abbey as the boat finally gets closer and turns around to face the other direction. 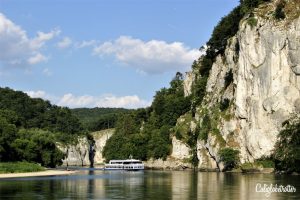 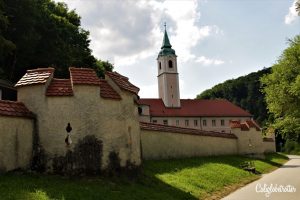 It is also popular because it is also the oldest monastery brewery and Weltenburg Abbey beer is some of the best beer you’ll have in Bavaria! During Lent, monks would brew their own beer because it was rich in vitamins and very filling. The brewery has been in operation since 1050! Therefore, their beer is ridiculously delicious! I especially love the Bockbier and the Dunkles Radler! 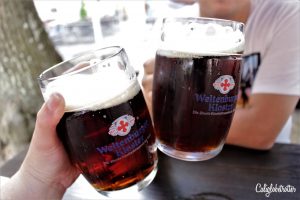 If you’re looking for one of the best beer gardens in Bavaria, look no further. Bavarian biergartens are renowned for being incredibly Gemütlich (cozy) and have a great vibe. Inside the abbey grounds is a huge beer garden restaurant. There isn’t much to choose from, but it is good! If you go too late in the day, finding a table will be difficult. Going in May before the tourist season was the perfect time to go, otherwise you will stand around preying on the tourists who are finishing their meals. It’s really best to try to go during the week or before summer really kicks off because then there aren’t so many people. This is much more enjoyable for both the biergarten and the boat ride!

Here, you’ll be served traditional Bavarian cuisine and of course only beer from Weltenburg Abbey. Waiters and waitresses are dressed in traditional Lederhosen & Dirndl. 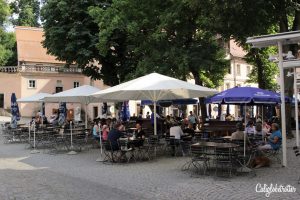 The abbey’s church, the Asamkirche is one of the main sights to see at Weltenburg Abbey which is open to the public free of charge and was also designed and built by the Asam Brothers who also built the Asamkirche in Munich. Therefore, this church is also highly decorated. I even donated a few euros to help maintain the church since it was so beautiful and in June 2013, Weltenburg Abbey sustained heavy flooding. It was one of the worst floods the region has experienced in over 500 years! It was the first Spring after I moved here and the damage along the Danube was incredible to witness for myself! 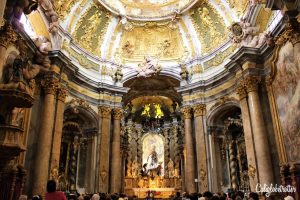 Once we were done looking around the abbey and ate a nice lunch, we skipped some rocks into the river, which is a pleasurable pastime for those going to the abbey. This was a relaxing way of waiting for the next boat to arrive which would take us back to Kelheim. sadly, the ride back is always much faster than going as then we are going downstream.

There is also a restaurant in the city center of Regensburg called “Weltenburg am Dom” which has some of the best food ever. I highly suggest making a pit stop there just for their Bockbierschnitzel! And of course, more of their delicious beer!

A Local’s Guide to Regensburg

Replies to A Boat Cruise down the Danube to Weltenburg Abbey