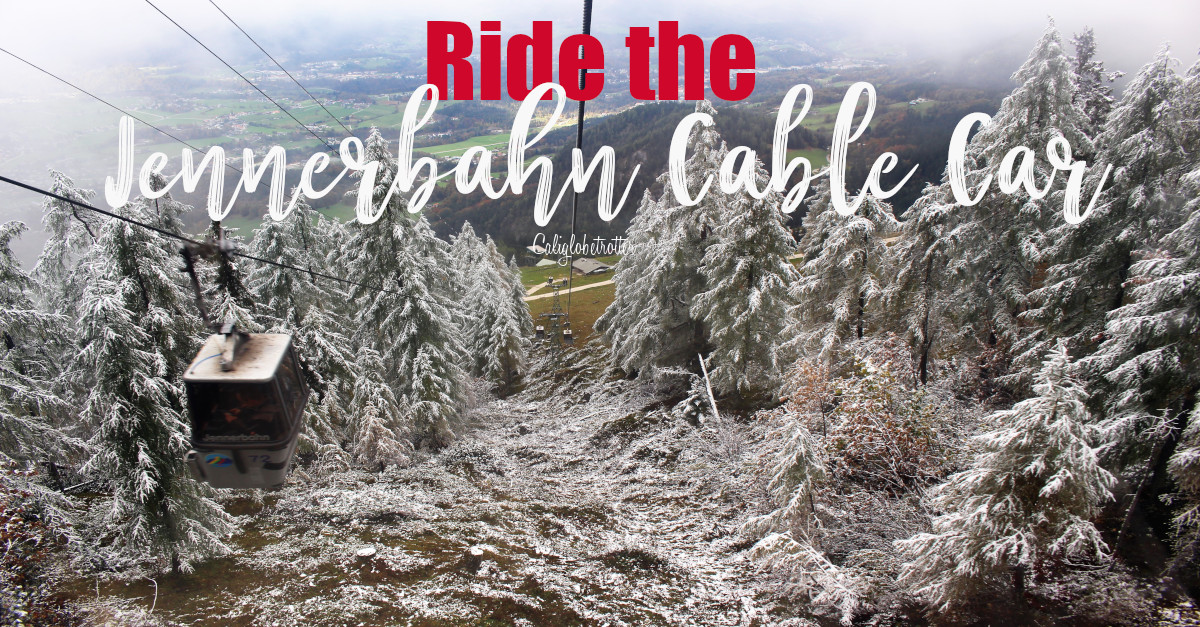 To top off any alpine experience, it is an absolute must to take one of the many cable car rides up to the top of a peak to enjoy the breathtaking views. One of the most spectacular rides is with the Jennerbahn, located near Bavaria’s loveliest lake: Königssee.

Located in the Berchtesgaden Alps in Southern Germany, the steeply rising mountains engulfing the lake to a height of 8,900 feet (2,700 m), it is a place that will leave you speechless in awe for hours on end.  It is part of the Göll massif within the Berchtesgaden Alps and its summit has been accessible since 1953 from Schönau by cable car (Jennerbahn).

Love the Bavarian Alps? PIN IT FOR LATER!! 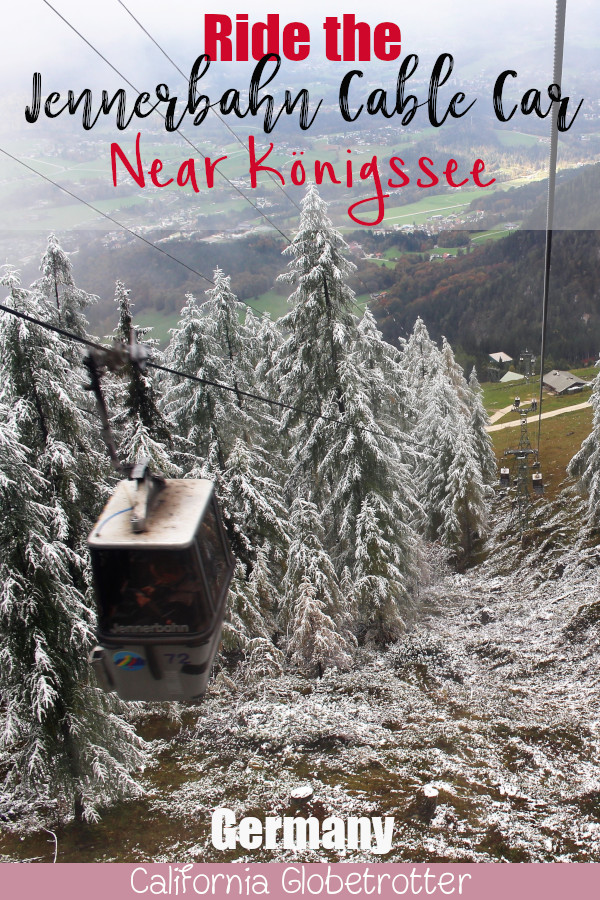 With the Jennerbahn, you can take a gondola car for a maximum of two people up to the top of the mountain, making for quite the intimate ride up, enjoying the peaceful, still, quietness of the surrounding landscape.

TIP: If you plan on visiting Königssee, then I suggest you buy your boat tickets in combination with the Jennerbahn, which is only five minutes up the parking lot from the lake. This will save you about 4€.

The cable car ride is low and enjoyable, giving you the time to really take in the surrounding countryside of Berchtesgaden. The alpine terrain is filled with thick forest, rugged mountains and rolling grassy hills with the towns and villages at the base of the mountains. There were still a few alpine cows relaxing in the pastures below.

Halfway to the Midway station, we caught our only glimpse of Königssee below us, surrounded in lush autumn foliage and you could truly see just how pristine the emerald-green water was!

There are two stops along the Jennerbahn: The midway point, sitting at just 1200m high, which we skipped and headed straight for the top – the Bergstation which sits at 1800m.

However, just below the midway station is the Speicherteich (a small reservoir) that glistened in the sunny afternoon.

We happened to go up the Jenner on a very perfect autumn morning. The region had just received some snow in higher elevations for mid-October. So we had a mixture of the autumn colors and thick forest perfectly covered in snow with fog surrounding the middle regions of the mountains.

Here, I’ll let the pictures speak for me because the beauty was just astounding. I felt like we were floating through a postcard.

Almost towards the top of the mountain, before we disembarked at the Bergstation, we broke through the fog and were blinded by the beauty of the jagged mountains which now surrounded us and the light of the sun. The air was considerably cooler at the top, but with the sun shining, it was still very comfortable. Clearly, mother nature wasn’t sure if she was still in autumn or winter.

Finally, we reaches the top, stepped out of our little gondola and were free to roam and just take in the beauty, while simultaneously trying not to be blinded by the strong light.

You could see hiking trails leading in every which direction and a few alm houses in the pastures below, used for herders to watch over the cows during the summer. Since fall, and now winter was already well set in, the cows had already been herded back down the mountains to their owners. This is known as an Almabtrieb.

At the top, there is a little restaurant which serves your typical Bavarian cuisine, but most importantly, offers pretty killer views of the surrounding mountains. Clearly we had come when the season was coming to an end, or possibly just between seasons.

While we were at the top, we enjoyed the amazing fog which would quickly blow in, just to move out a few minutes later, but it definitely added to the beauty of the mountains peaking up over the clouds.

Just a bit further, is the Jenner Peak, topped with a cross and hikers of all kinds enjoying the view from above, standing at a whopping 1874m high! From here, you can see Königssee below, unfortunately, we had just a bit too much fog to see very far, but that didn’t make the experience any less awesome.

From the top, you can have a panoramic view over the surrounding Berchtesgaden Alps, including the Watzmann, which is Germany’s third highest peak.

I’m sure no matter the season, rain, snow, sunshine, the views from here will always be spectacular! Another great mountain peak to visit by cable car is the Zugspitze – Germany’s tallest peak!

More to do in Berchtesgaden: 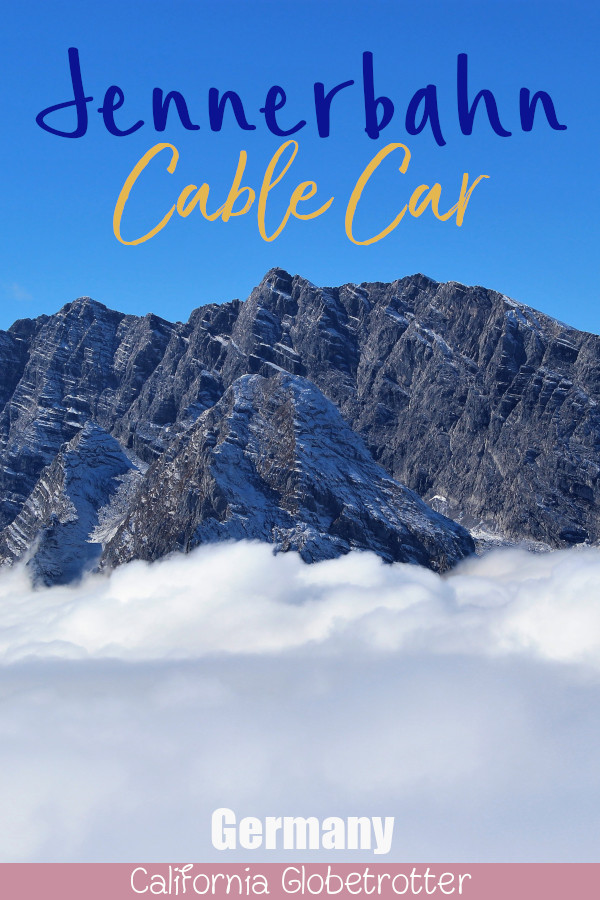 Replies to A Cable Car Ride Up To The Jenner