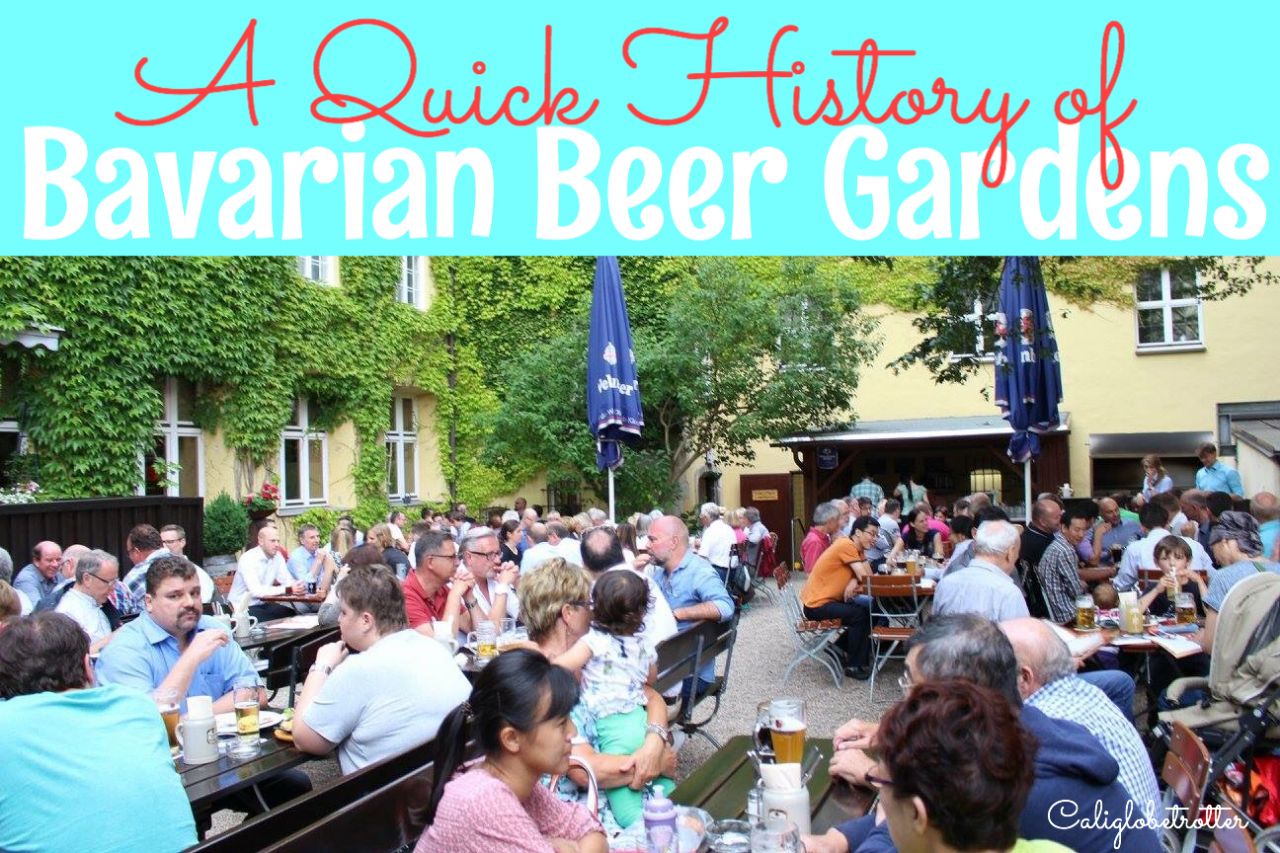 There is nothing more delightful, pleasant and cozy than sitting down at your favorite beer garden in Bavaria and enjoying a crisp, cold Maß beer from the local brewer on a hot and sunny day, sitting under a chestnut tree. This is the true and ultimate idyllic perfect Bavarian summer.

But where, did it all begin?

In the 16th century, Germans were restricted to the Brauordnung (Beer regulations) that forced beer brewers to produce their beer only between the months of September and April. This was because fires were less likely to break out during the cooler months as compared to the hot summer months. This Beer Regulation can be traced back to 1539, but for every extreme limitation, there is an extreme desire to find a solution to every problem.

During the summer months, only warm, flat beer was served and beer lovers did not approve. So the Munich brewers found a solution to their problem. They cut out huge blocks of ice during the winter months, built large cellars and put the blocks of ice in the cellar, therefore, resulting in nice, cool beer year round. Turns out, it was also very beneficial to brew beer at cooler temperatures, as well as maintaining the temperature of the beer, so as to produce a purer lager.

To help keep the cellars cooler, the brewers added large chestnut trees above the cellars. Eventually, a few tables and chairs were added, along with a few snacks and a cold beer. Thus began the evolution of the Bavarian beer gardens in Munich. However, it is unknown just which brewer officially started the “biergarten” tradition, as they generally evolved over time. But, it must be one of the top six brewers in Munich – Löwenbrau, Hofbräuhaus, Augustinerbräu, Paulaner, Hacker-Pschorr and Spaten.

They soon became quite popular and began causing some problems as they were now poaching customers from innkeepers and taverns. Throwing a fit, they petitioned that brewers should not be allowed to sell beer directly to the public. They succeeded and beer was banned from these new watering holes. It was inevitable, but it lead to some serious hostilities, and Bavaria’s first king, Maximilian I stepped in and decreed that the brewers could continue to sell beer to the public, however, they were not allowed to sell food.

Thus began the tradition of bringing one’s own picnic, or “brotzeit” to the beer garden to enjoy with a cold beer. But by 1897, biergartens were finally allowed to sell food with their beers, however, by then it was already quite traditional to bring one’s own food.

There are characteristics which distinguish between a restaurant and a biergarten. For a biergarten to be considered authentic, it must allow its patrons to consume food, for free, which they have personally brought, which includes a checkered table cloth and the biergarten has the characteristics of a garden. Restaurants, generally have tables already set for serving guests. 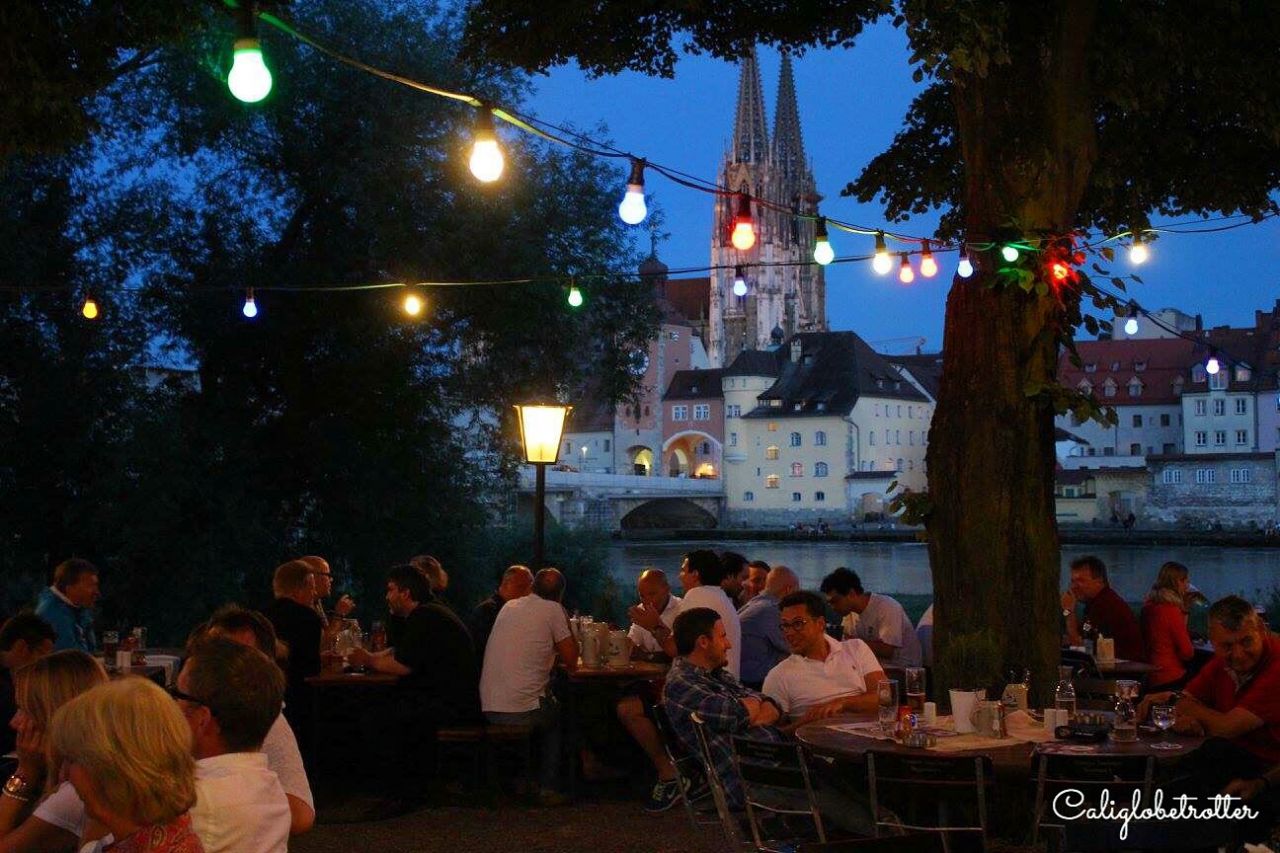 In 2012, biergartens celebrated 200 years of Bavarian beer garden traditions. One of the most notable reasons for why the tradition of biergartens have lasted for so long, is that at a biergarten, everyone is equal. People from every class, profession and gender gather under the chestnut trees to enjoy a cold beer with family or friends, in what the Bavarians call “Gemütlichkeit” – a feeling of coziness and happiness. Today, biergartens generally open as soon as the weather warms up again in the early spring and closes by fall.

What can you find in a typical Bavarian Biergarten? 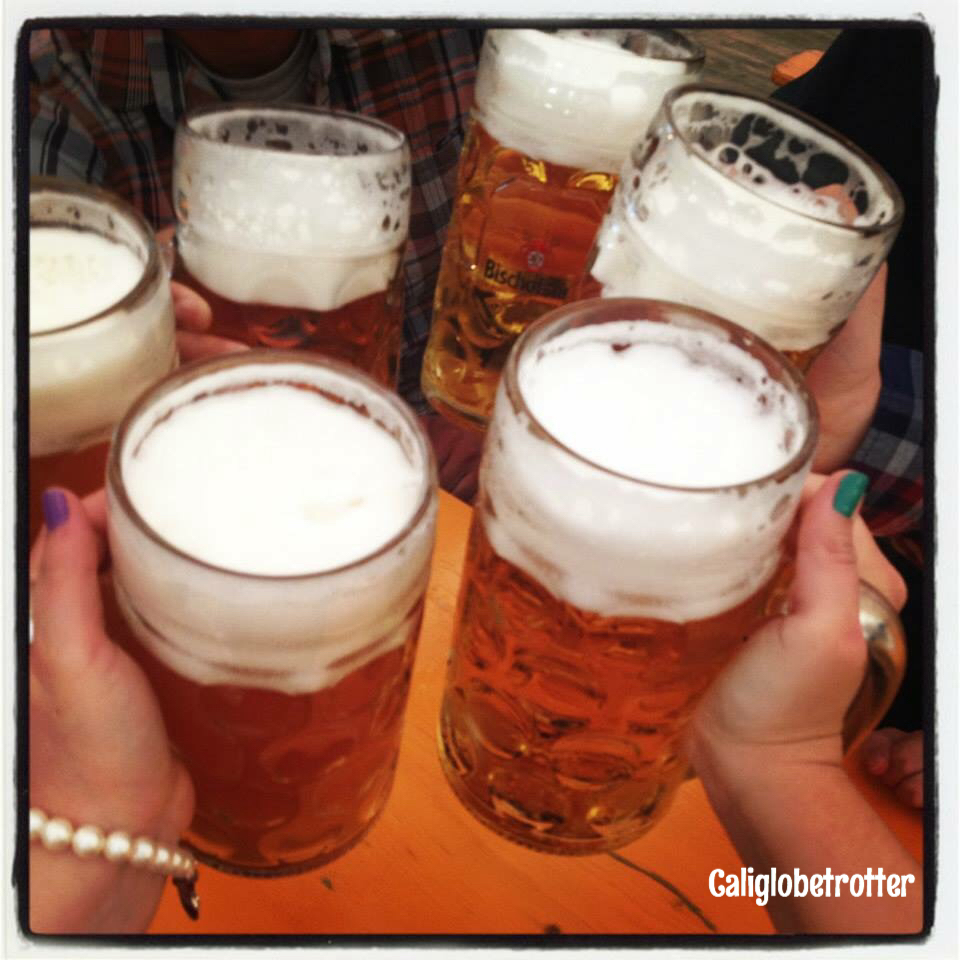 Most importantly, good quality, pure, flavorful BEER! Since 1516, there has been a “Beer Purity” law which regulates the production of beer. All German beer must follow a strict guideline of barley, hops, and water. Later, wheat would be added when they realized the benefits. The most important rule when drinking in a biergarten is to toast as much as possible, therefore, creating that friendly Gemütlichkeit atmosphere!

In a typical biergarten, you can find many varieties of hot and cold snacks thank to Catholic meatless Fridays. Many of these snacks are perfect for a simple “brotzeit” (bread time) for lunch or dinner. This usually includes some form of bread, slices of meat, sausages and spreads.

There are plenty of traditional warm dishes too, that are beloved by all.

And lastly, Dessert!! (Nachtisch) – Although most desserts are technically saved for Kaffee und Kuchen (coffee and cake) in the afternoon as a perfect snack between lunch and dinner.

Now, it’s time to get your biergarten on!

A Boat Cruise Down the Danube to Weltenburg Abbey 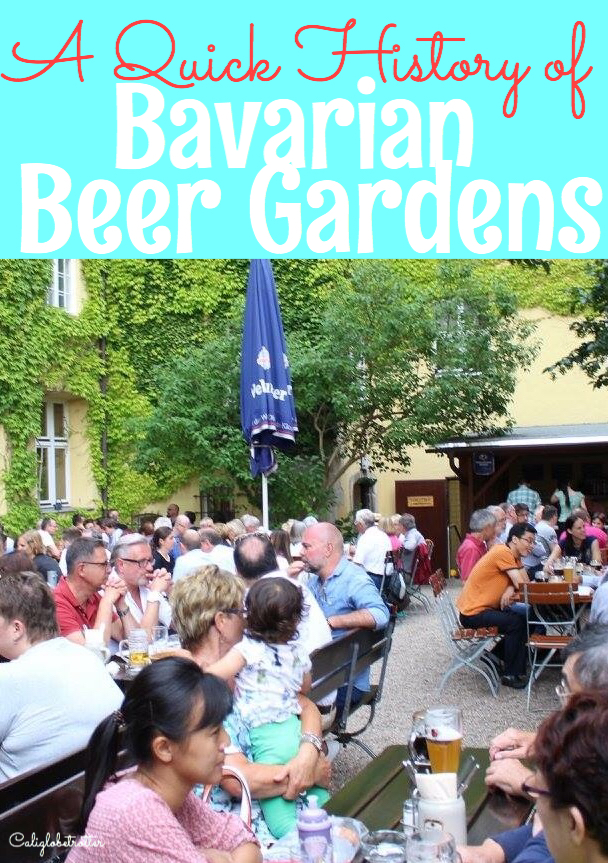 Replies to A Quick History of Traditional Bavarian Beer Gardens