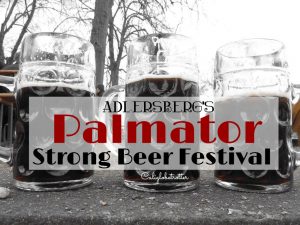 STARKbierzeit (or Strong Beer Time) is this special period in Bavaria between Ash Wednesday and Holy Thursday. This is a time when Monks in Bavaria were supposed to fast and is considered to be Bavaria’s 5th season. However, monks were tricky little men who found a loophole around this special time period of no eating by creating a “Strong Beer” which is practically double the calories and double the filling. This way they could drink their way through “fasting time”. After all, God made beer and beer is a considered a food in Bavaria, right!?

I have waited 2 years for this event! So this has been a long time in coming! My first year in Bavaria, I learned about it but no one was interested in going because it is a big trek! The second year it came and went before I knew it was time! So rain or shine, I said I was going this year!!! ☀️☔️☁️ + ? = ?

Just outside Regensburg, perched upon a small hill is the Adlersberg Abbey, dating back to the 13th century. It is tradition to walk from the edge of Regensburg to the Adlersberg brewery in Pettendorf, a small village 5km from the border of Regensburg up a big hill. Be prepared to bring beer (and water) for the journey up the hill! This is traditionally known as a “Bierwanderung” or a “beer hike”.

Therefore, we knew we needed to have a hearty Bavarian breakfast to go with our very Bavarian beer festival. We got up super early on Palm Sunday and had Weißwurst for breakfast before catching the bus to Adlersberg.

WHERE TO CATCH THE BUS:

Most people get on the bus across from the Hauptbahnhof (Main Station). Thankfully, the weather was actually pretty terrible, otherwise the buses would have been super crowded. 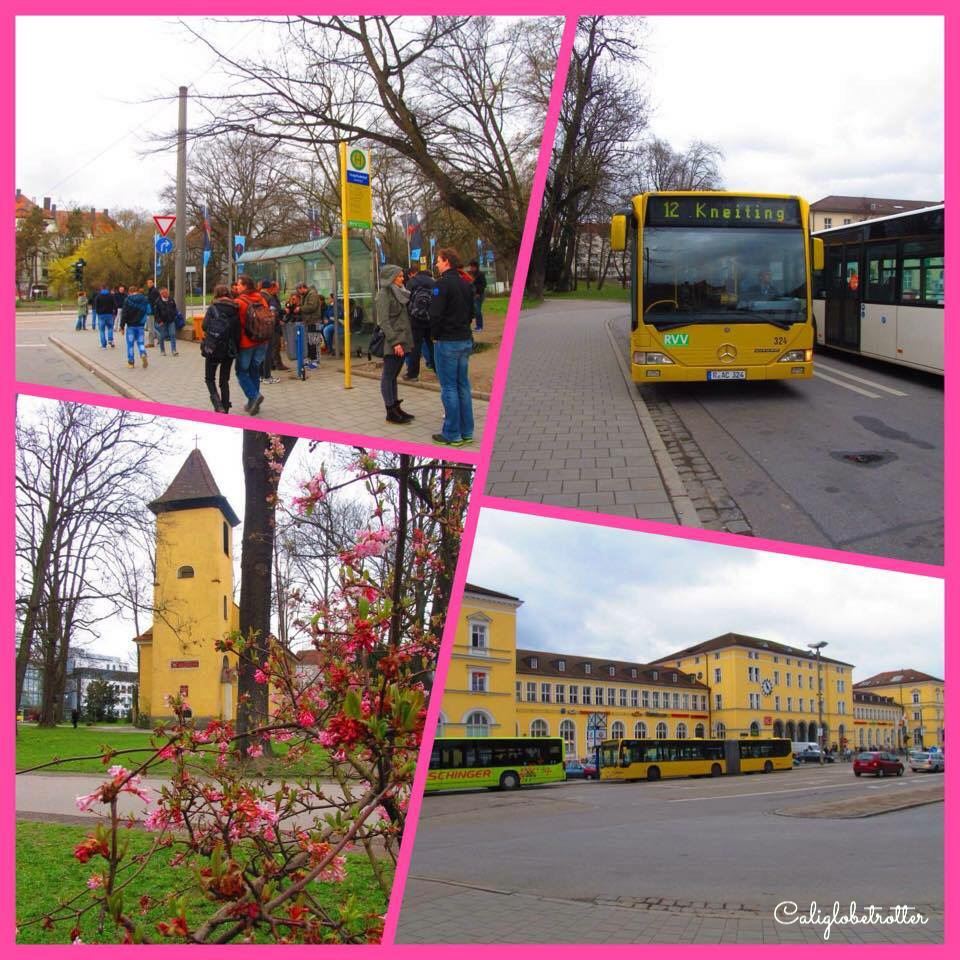 Since Palm Sunday lands on a Sunday (no duhh!) the bus schedule in Bavaria is less often than during the week. Therefore, this means the bus only comes once an hour and instead of dropping you off directly in front of the church, it drops you off at the bottom of the hill. Bus number 12 takes you directly from the Hauptbahnhof to Kneiting. From there you have to walk a steadily increasing and then later, a steep hill. You could drive or take a taxi up, but what fun would that be!?

As soon as you get off the bus, just follow the Lederhosen! Or in my case, follow the Dirndls! 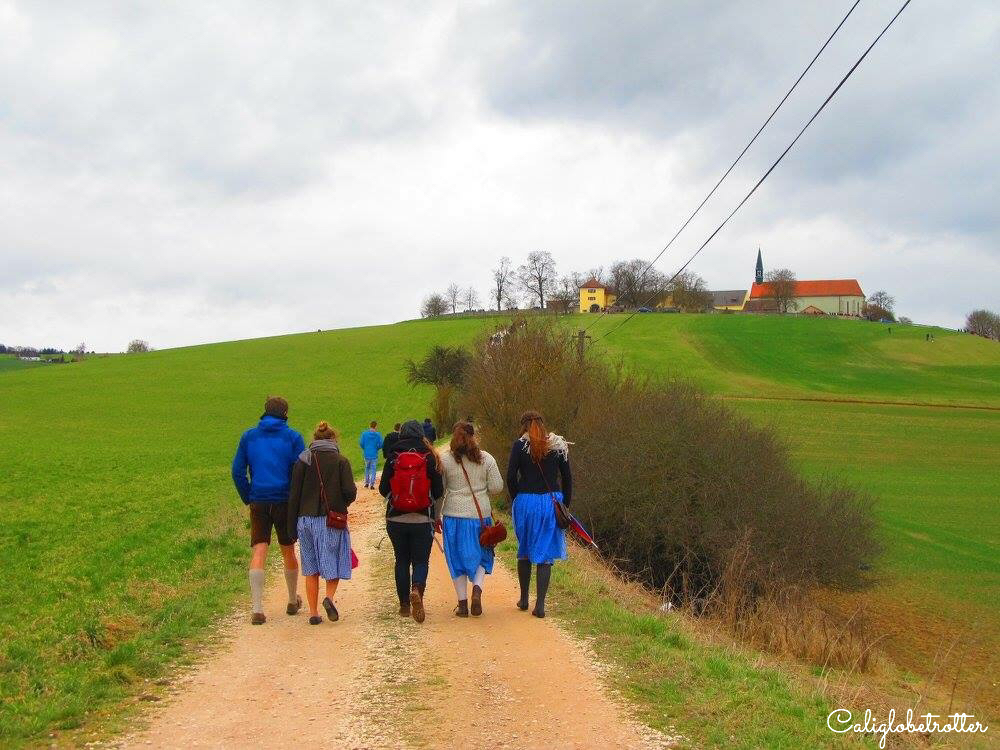 Upon arriving, finally, at Adlerberg, you are greeted with the sounds of drunken voices already singing and yelling loudly. This beer festival starts at 9am, so be prepared for drunks roaming around earlier than normal! 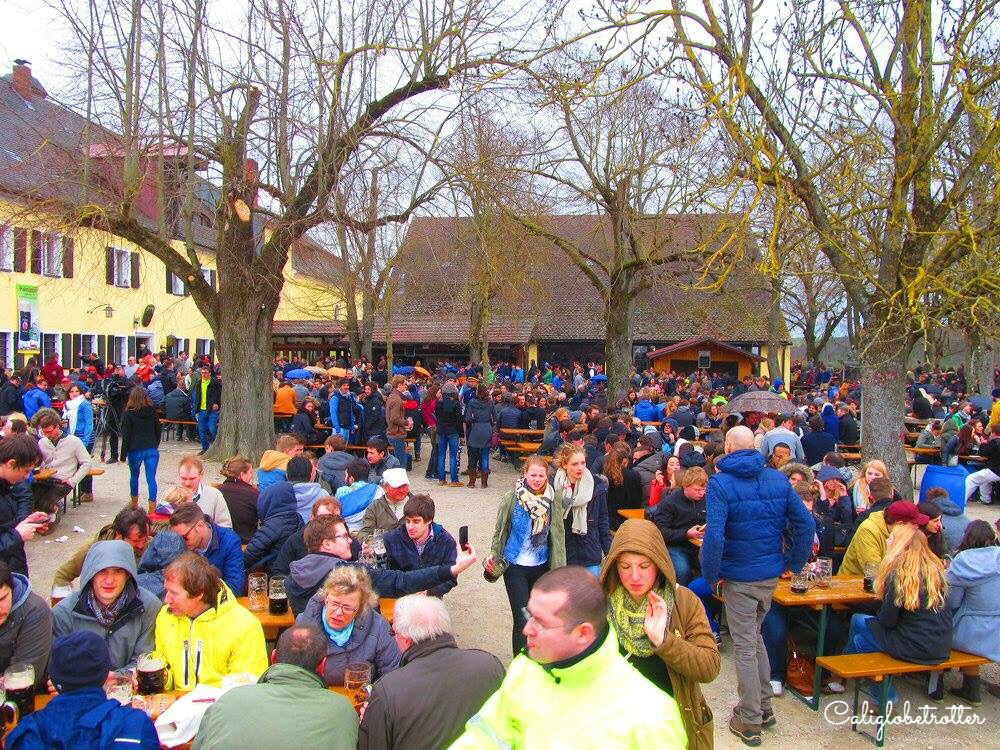 Make sure to turn around and enjoy the view Adlersberg offers of Regensburg and Pentling. 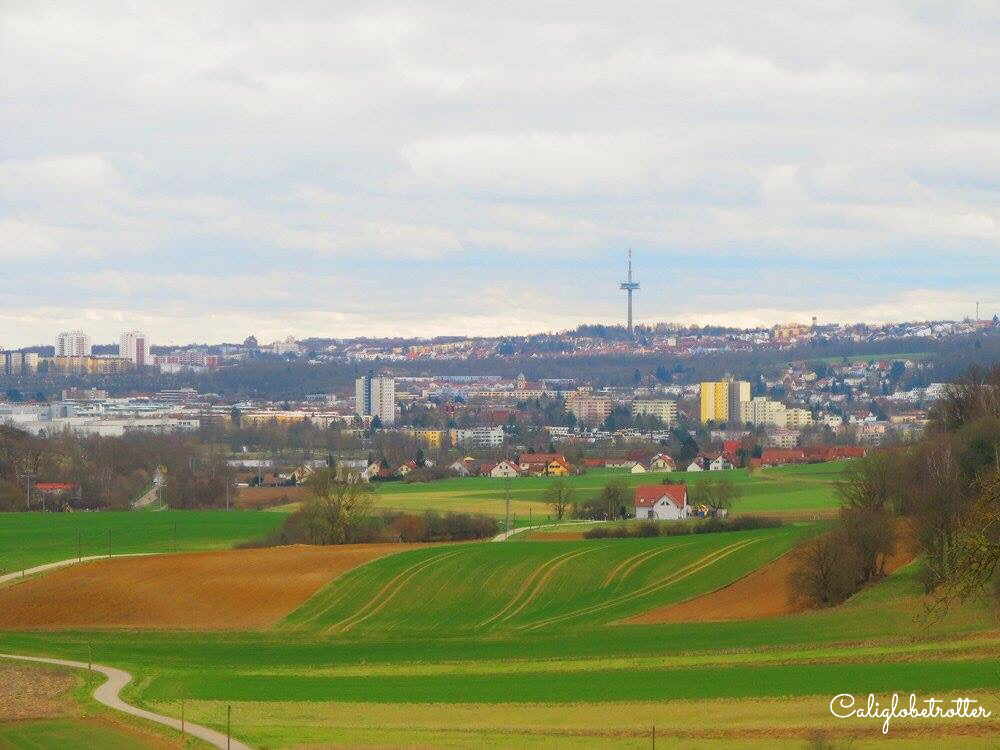 WHAT SHOULD I BRING?:

Unfortunately, Adlersberg doesn’t cater to the thousands of people who come to their festival and do not have enough tables for everyone. Many people therefore bring blankets to sit on the grassy wiese and enjoy their beers. However, since this year the weather was a bit rainy, there were less people than normal. Everyone was huddled around the wall of the church or the stone wall to hide from the wind.

HOW STRONG IS THE BEER?:

Considering that Starkbier is “Strong” I highly suggest not drinking more than 1-2 depending on your limit! One is enough to give me a good long lasting buzz! 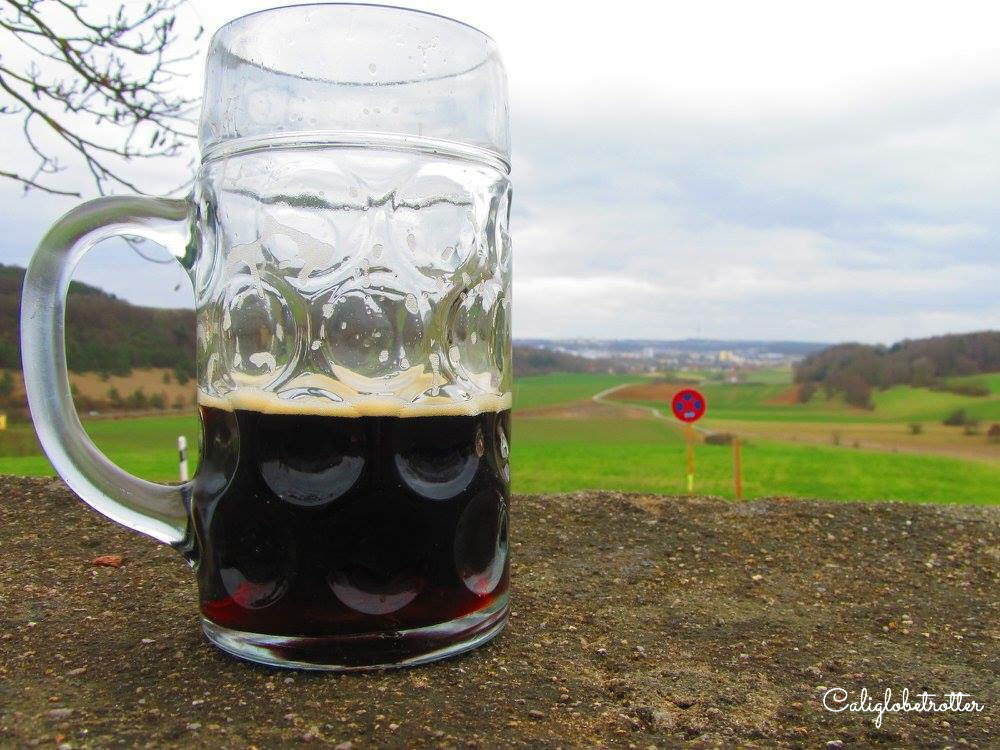 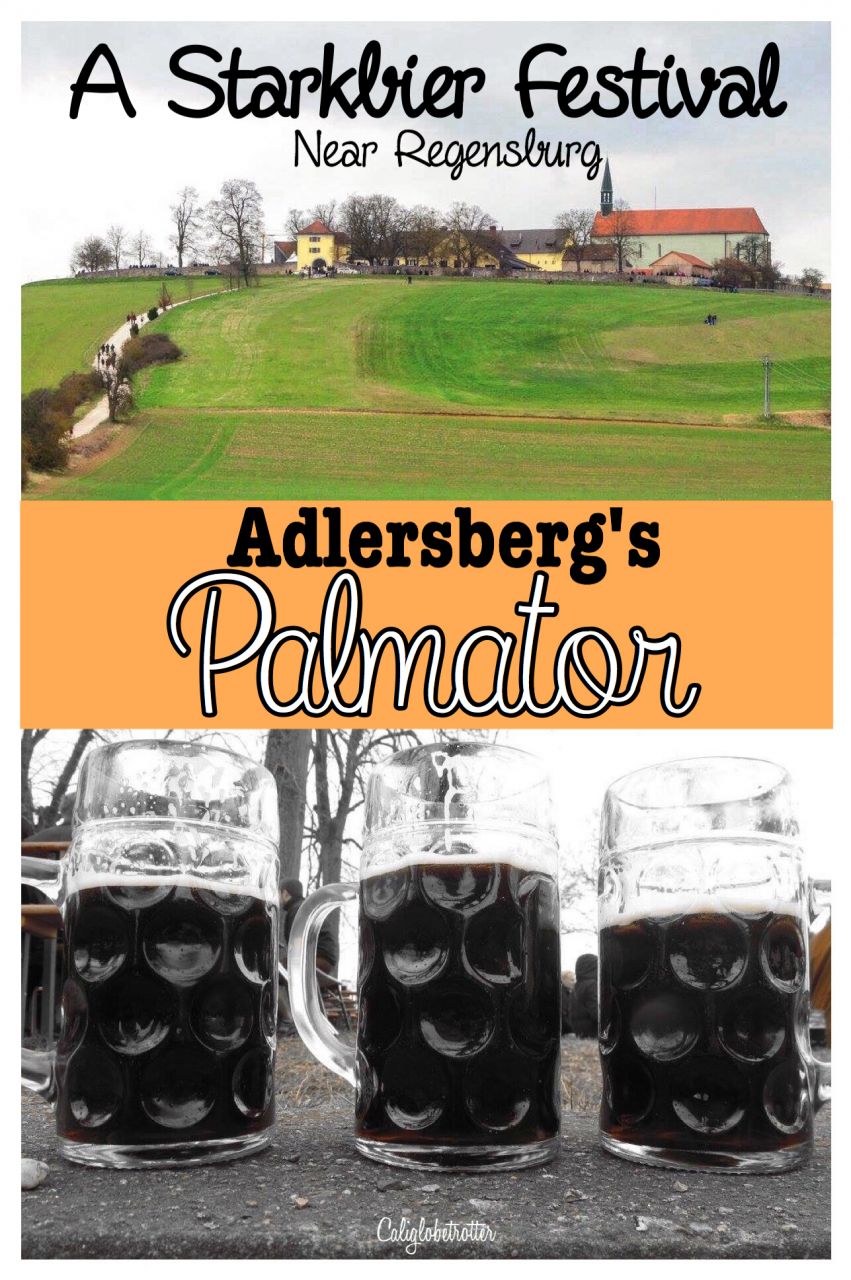