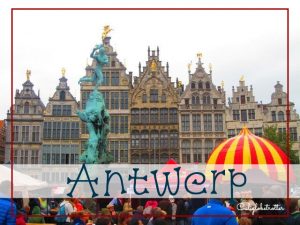 Antwerp is a compact port city on Belgium’s River Scheldt with a long history dating back to the Middle Ages loaded with myths and legends. It’s the capital of the Diamond District which is home to thousands of diamond specialists. The city center was built in a traditional Flemish Renaissance which is seen around the Grote Markt, the main square in town. As the town is so compact, it makes for an easy day of exploring!

Planning a Visit to Belgium? PIN IT FOR LATER!!

Whether you’re short on time or just looking to breeze through the town, there are several main sights which are quick and easy to visit, (almost completely) free of charge for those on a budget! Everything is within walking distance it would take only a few hours to see the historic city center!

Normally, I wouldn’t say visiting a train station is a must-do, but Europe does have quite a lot of beaaaautiful train stations. Antwerp’s is quite possibly the most beautiful we have ever seen. It is well worth taking a look both in and outside of the station, whether you’re coming in or leaving via train. Even if you didn’t come in by train, you simply can’t miss the station! It blew our minds! 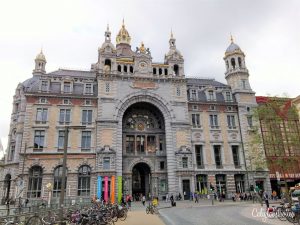 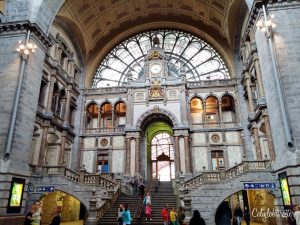 I later discovered that one of my favorite FLASH MOB videos takes place in the Antwerp Main Train Station where a bunch of people dance to the Sound of Music’s Do-Re-Mi. Are flash mobs even still a thing?

Here is the Antwerp Station Sound of Music Video:

The Cathedral of Our Lady

In the heart of the Old Town if the incomplete Onze-Lieve-Vrouwekathedraal which was built between 1352 to 1521 and still was never finished. This church has had a very unlucky history, either having been plundered multiple times or destroyed by fire which forever delayed the construction of the second tower. Eventually, the idea of completing the tower was abandoned, making for quite an interesting and unique cathedral. 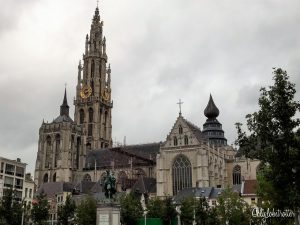 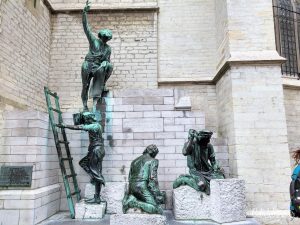 Entry to the church is 6€ per person as inside you’ll not only find beautiful stained glass windows, but a wonderful display of artwork by Quentin Massys and famed local, Peter Paul Rubens.

The Grote Markt and Stadhuis

Just around the corner from the cathedral, you’ll find the Grote Markt, which is the main square that is dominated by Stadhuis (City Hall) and more beautiful gilded 17th century houses. There happened to be some kind of market in the square and the Stadhuis was covered in 87 flags throughout most of the year. The central flags on the bottom row represent Antwerp, Flanders, Belgium, Europe and the United Nations. The other flags represent countries that are member of the European Union and nations that have a consulate in Antwerp. The City Hall is one of Belgium’s UNESCO World Heritage sites! 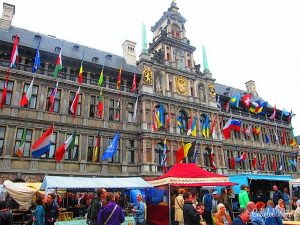 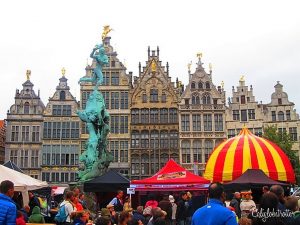 In the middle of the square is the Barbo Fountain which depicts the tale of how Antwerp came to gain its name. The story is that a giant tormented the city and would chop of the hands of sailors who didn’t pay his hefty tolls and throw them into the river. Eventually, the gruesome giant was defeated by Silvus Brabo who gave the giant a taste of his own medicine by chopping off and throwing his hand into the river. This is supposedly the story to which Antwerp gained its name,  hand werpen in Dutch literally translates to “hand-throwing”.

Then we decided to walk down to the Scheldt River where we would find the Het Steen, which is Antwerp’s castle. A castle has stood here since the 7th century, but the current one is from the 13th century, making it Antwerp’s oldest building in the city. The legend behind this castle is that there was a giant who tormented sailors in the town lived in this castle. 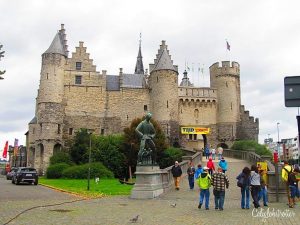 From here we headed across the street to Vleeshuis which is a Butcher’s Hall that has been here since 1250. Naturally, this is a place where butchers could come and sell their merchandise. The current building is the result of an expansion in 1501 during the 16th Century because Antwerp had become Europe third largest trading city and it could no longer handle the amount of people. 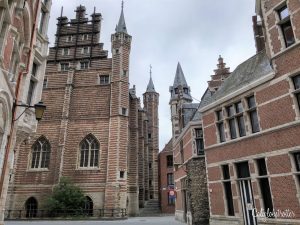 While the inside is certainly beautiful, it was the outside that was far more interesting which had 63 life sized pretty cool statues which is referred to as the “Calvary”. According to Wikipedia, the statues are arranged into four groups: the angel path, which ascends to the Holy Sepulchre, the garden of the prophets on the left, the garden of the evangelists on the right and the Calvary itself, which consists of an elevated artificial rock, divided into three terraces, on which statues are placed with Christ on the cross at the top. 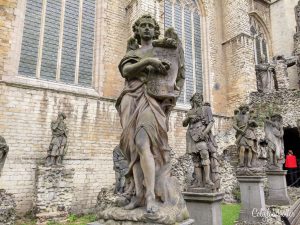 By this point, we really couldn’t handle anymore walking,  so we walked back into Grote Markt and found a bar that had over 200 different Belgian beers. Now, I was under the impression Germany was the land of beer. I have been badly informed. Belgium is the LAND OF BEER.

So we sat down and had multiple good Belgian beers until our feet were numbed by the alcohol. My favorite by far was always dark Belgian beers. I really loved the Tongerlo dark. Then we moved on to our last Belgian waffle and had to eat in a park with a basketball court or else we would have had to pay extra to sit inside! I couldn’t believe it! Good thing it had stopped raining! 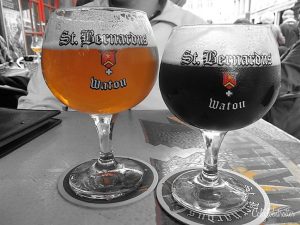 Be sure to check out more from Belgium!

A Weekend in Bruges 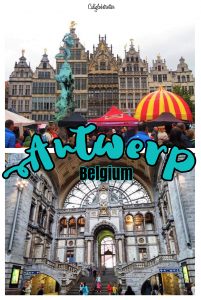