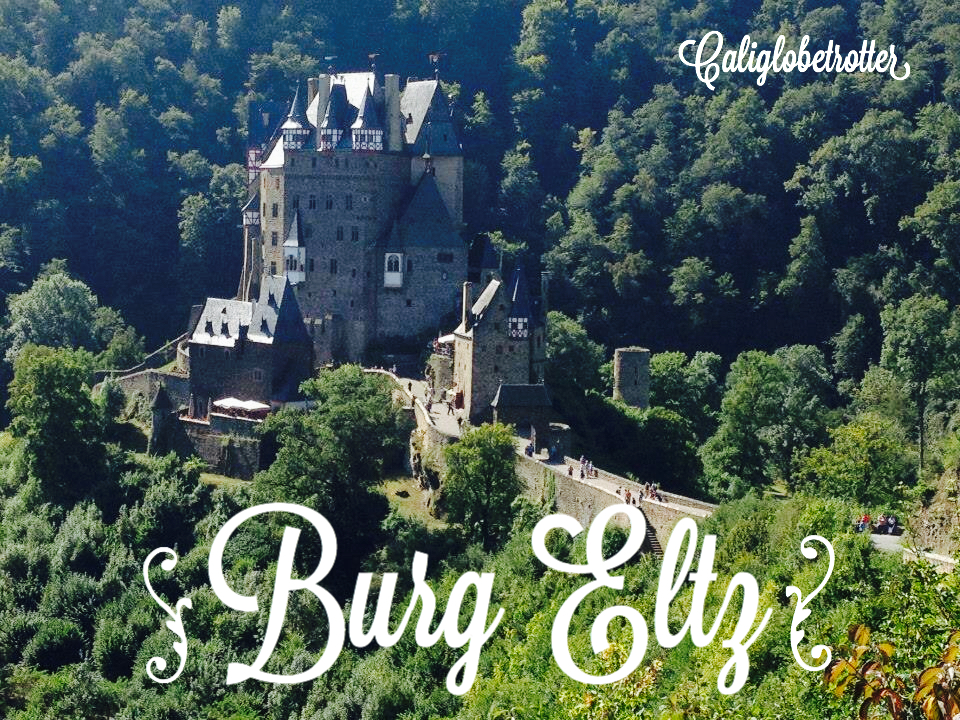 During my first two weeks back in Germany, my amazing friend Samy opened her home to me while I looked for a teaching job. While I stayed with her we took a day trip and drove to Burg Eltz which is a medieval castle located between Koblenz and Trier which sits a along the Mosel River. This is one of the most beautiful regions in Germany and where the Mosel flows into the Rhine.

The castle is part known as a Ganerbenburg which means that the castle is owned by a community of joint heirs. Three branches of the family line have sections in this castle, but only the Rübenach and Rodendorf parts of the castle are open to the public. The original family from 33 generations ago still lives in and owns the castle. That’s over 800 years! Therefore, only a few sections of this castle are open to the public. 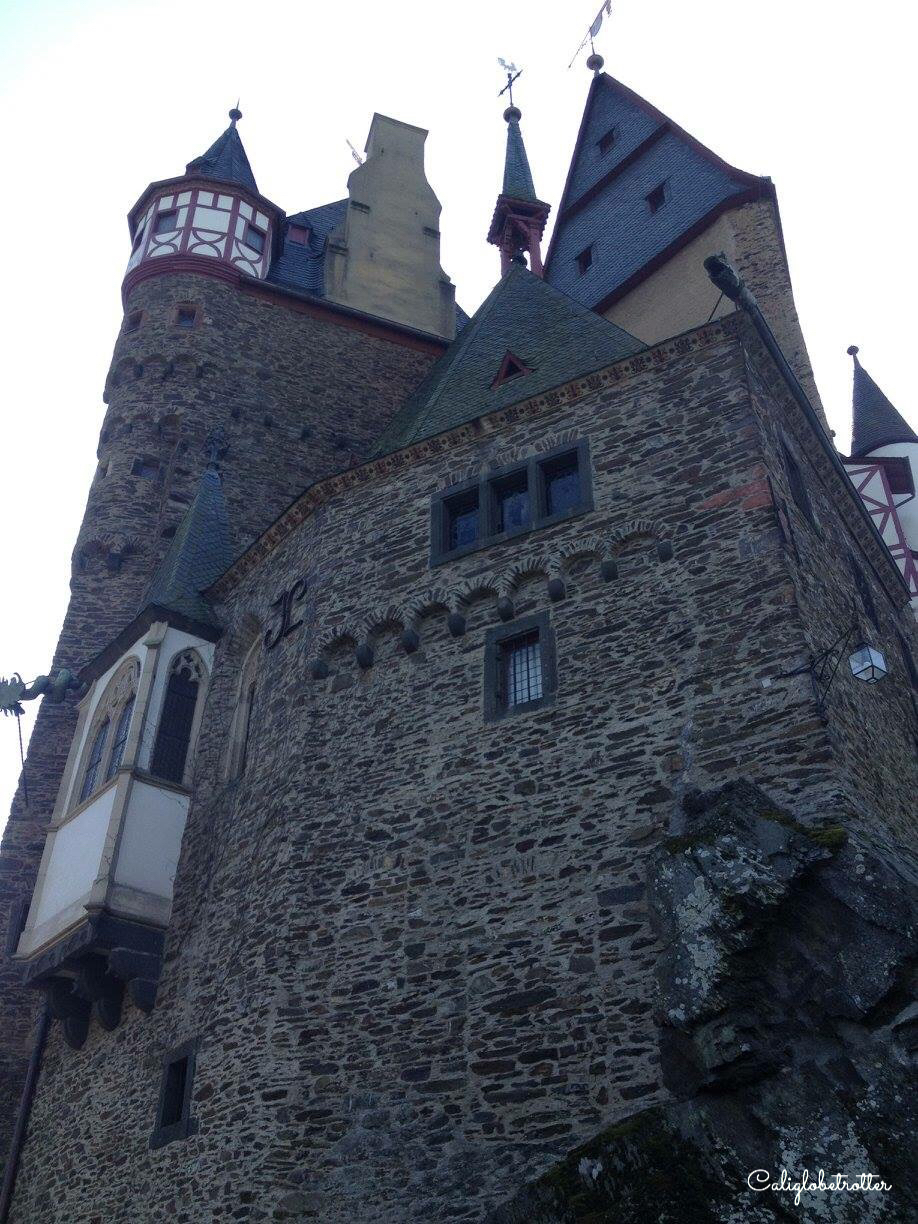 In Europe, only a very rich lord could afford to build a castle of his own on his land. Many lords lived in smaller housing more like tenants than their own castle as they couldn’t afford this. Some parts of the German Holy Roman Empire required by law that any successors who inherited an estate needed to share it together. Therefore, in the case of Burg Eltz, it was expanded to fit the three branches of the family line. So, eventually over time, the three families built their portion of the castle over different time periods.

The Burg Eltz and two other castles in this region are the only three remaining castles that have never been destroyed on the left bank of the Rhine River.

The castle is surrounded on three sides by a river and wooded forest making it the perfect castle to defend itself against intrusion. Before reaching the castle, you have to do a bit of walking before it suddenly appears around the bend. When you first arrive to the castle you are standing on a tall hill looking down into the valley where the castle is located. 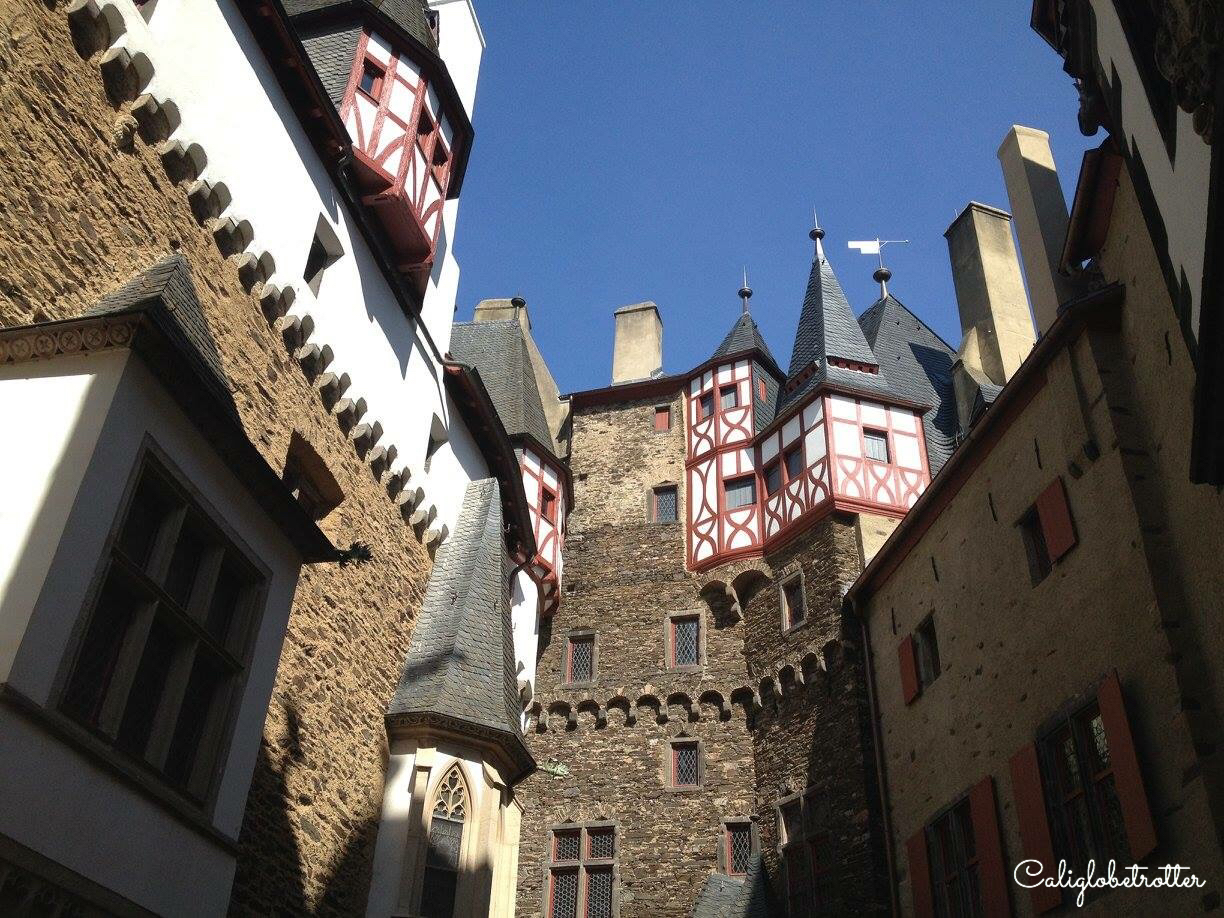 The inside of the castle is beautifully furnished with authentic medieval furniture and almost all the rooms have their very own fire place! After winding through the castle, the tour will finally end in the kitchen where you can get a glimpse into the lives of cooks during the Medieval time period. 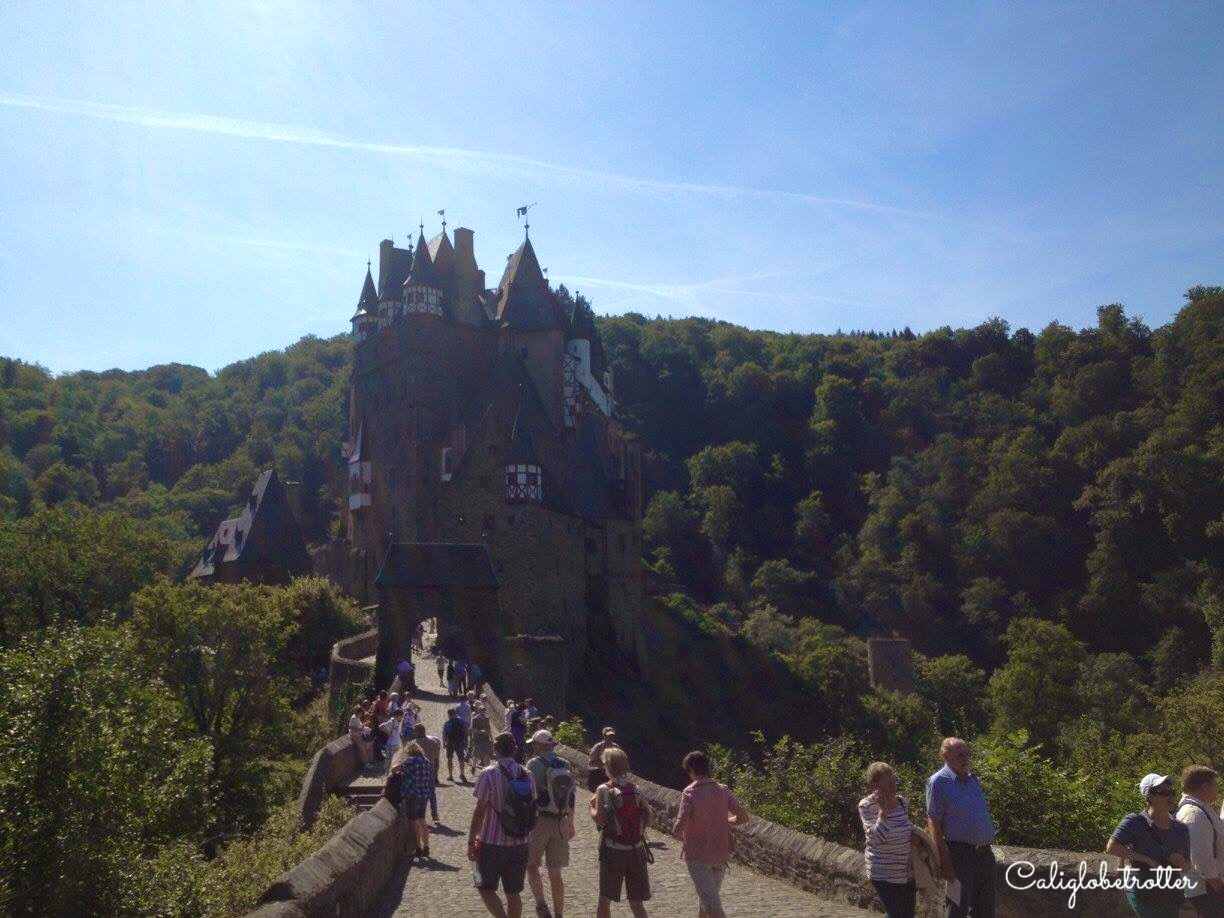