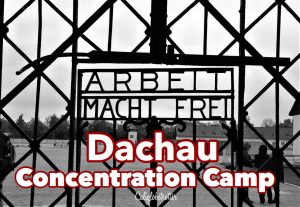 The town of Dachau will unfortunately always be linked to one of the worst concentration camps in Germany. Dachau was the first concentration camp to be built in Germany and soon more would follow the example of Dachau. It was built in 1933 and was supposed to be a forced labor camp for “political prisoners” but over the next 12 years, 200,000 people would be imprisoned here and 40,000 would be methodically murdered here.

Many people are under the impression that only Jews were persecuted, but Gypsies, Poles, homosexuals, mentally & physically ill as well as POWs would be methodically murdered throughout the Second World War by the ruthless dictator known as Adolf Hitler. Or as I call him, “He Who Shall Not Be Named”.

Before entering the camp, an eerie metal gate that says “Arbeit macht frei” which translates to “Work makes you free” welcomes you into the camp, just like several others. 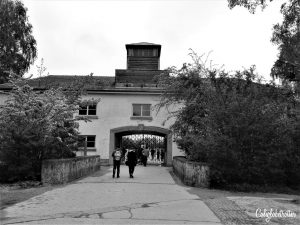 Visiting the Dachau Concentration Camp is an easy day trip from Munich. Everyone should visit at least one camp once in their lives as a reminder of the horrors that can happen if the wrong people are given too much power.

You can easily reach Dachau by taking an S1 train from Munich for about 20 minutes and then hopping on the bus which drops you off near the camp.

On the day we decided to go, it was a bitter cold, gloomy and rainy day. It some how made it seem more fitting than a bright sunny day, walking around.

But I went with a heavy heart, wondering if I should actually go. As a traveler, I struggled at first with the thought of being a tourist here snapping pictures of a horrible reminder, a scar on Germany and the lives of so many that it touched. But, after having studied the history of Germany for years, watching movies such as “The Boy in the Stripped Pajamas“, “The Counterfeiter” and “Life is Beautiful” I thought it was important to learn a valuable lesson and share it for those who don’t know a lot about the German history during the Second World War. The sins of the past are unforgivable, but we can learn from them.

Prisoners came from all over Europe and as far reaching as the Soviet Union and were shuttled like cattle on trains before reaching these concentration camps, designed at first to house Jews away from the rest of society. Over time it would turn into a nightmare turned reality as the Nazi Regime began to be shipped to extermination camps. Those who could work, went to labor camps that worked millions of people to death and starvation.

At the front of the camp, there is a huge monument, dedicated to those who lost their lives and who suffered through the horrors of the Holocaust. It isn’t very pretty to look at, but I think the twisted metal describes beyond words the pain and suffering those who were here endured.

Life at Dachau was extremely difficult, to say the least. Many prisoners were brutalized and lived in fear.At one point, the camp was under Martial Law, in which they were shot and killed without warning for being insubordinate. 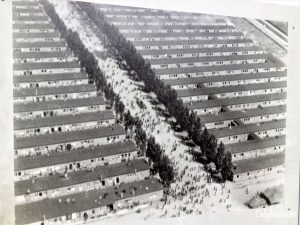 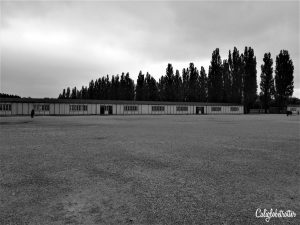 They were forced to stay in barracks and no longer had a name, but a number. There are only two remaining barracks left, which are actually replicas of the originals which were also removed. Otherwise, the rows of cement lanes signifies where the barracks used to be. There are rows and rows of endless blocks where the barracks used to be and its hard to imagine what it must have been like during these terrifying times, cramped and overcrowded, sleeping on beds made of little more than wood. 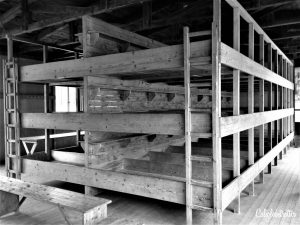 The camp was originally supposed to house only 5,000 inmates but Nazis would double that number making living conditions unbearable. This just goes to show just how many people suffered at the hands of the Nazi Regime, making it one of the most horrendous acts against humanity. 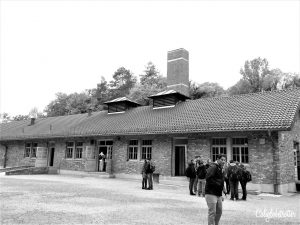 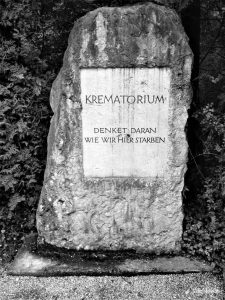 The crematorium is at the end of the barracks which has four stoves where deceased prisoners would be turned into ashes. Next to the stoves is a room which was used for “showers” to make the prisoners “clean”. In reality, up to 150 prisoners could be gassed at a time. The crematorium alone tells you how terrible the atrocities were that the Nazis committed in what is now considered the Holocaust. This was extremely difficult to see and imagine the endless bodies thrown away and discarded like trash. The human life is worth more than that and what happened in the past can never be undone, but it should never be repeated. 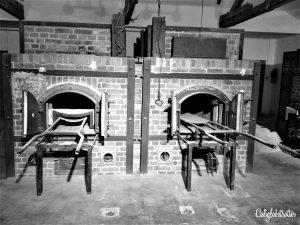 In Germany it is illegal to denounce the atrocities of the Holocaust as a lie. It is a serious crime for which Germany still tries to remedy every day. Those who speak against the Holocaust as a fake are heavily reprimanded, not just in Germany but in many countries throughout Europe, even in the United States. 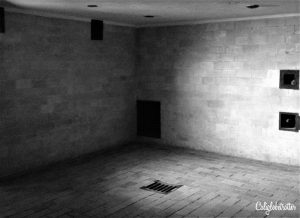 Today, it is an important part of the educational system to send students to the camps to learn from the mistakes of the past, to really understand the horror. Dachau, is free to enter, but you must pay for a guided tour or audio guides which lead you around as you walk through the camp by yourself. I highly recommend doing either as it is very informative and pictures can only show a thousand words. 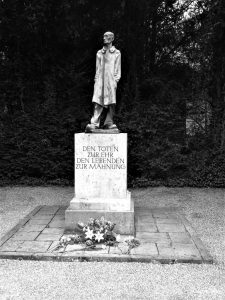 The mass murder of millions of people continued until the end of the war in May 1945 once British and American troops finally liberated areas from Nazi control. They soon discovered the terrible truth about these labor camps that rumors had been circulating about. They were worse than anyone could have imagined. American troops would liberate the Dachau camp in April 1945 and healing could soon begin, but it would take decades before people would come to terms with what happened. Today, the Germans have learned a very hard lesson and work very hard to educate others about this terrible part of history so that such a thing would never happen again. 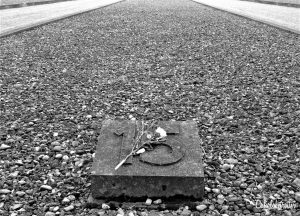 Other posts related to Munich:

The SPLENDOR of the Munich Residenz 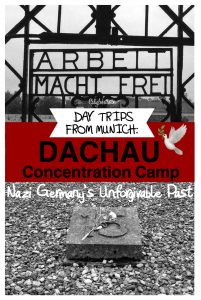