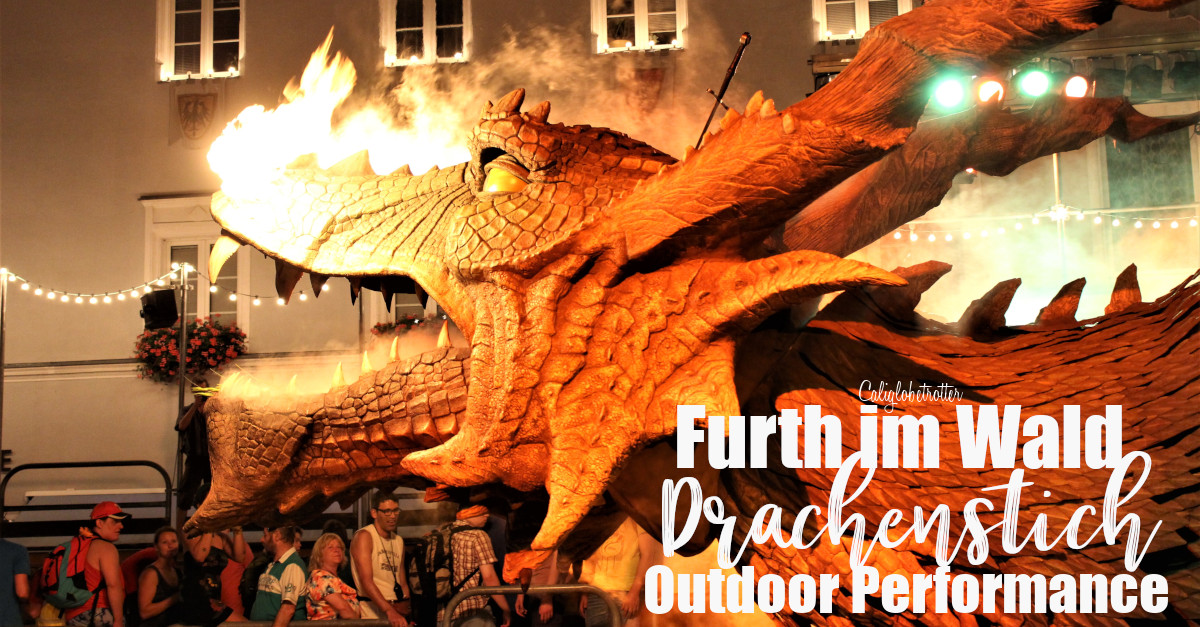 Every year, the small town on the border between Germany and the Czech Republic, Furth im Wald, holds their yearly centuries old Festspiele, or play in the city center. The play, Drachenstich or “Spearing the Dragon” takes place for two weeks at the end of July to mid-August, where the whole town partakes in the play! The town turns the small city center into an outdoor theater for about two weeks.

This play is unlike any other. It is a play filled with superlatives to draw in the crowds. To begin with, the play is one of Germany’s oldest traditional folk theater, dating back to 1590! The entire town has some sort of role in this two-hour long play, making it one of the best summer events in Germany! 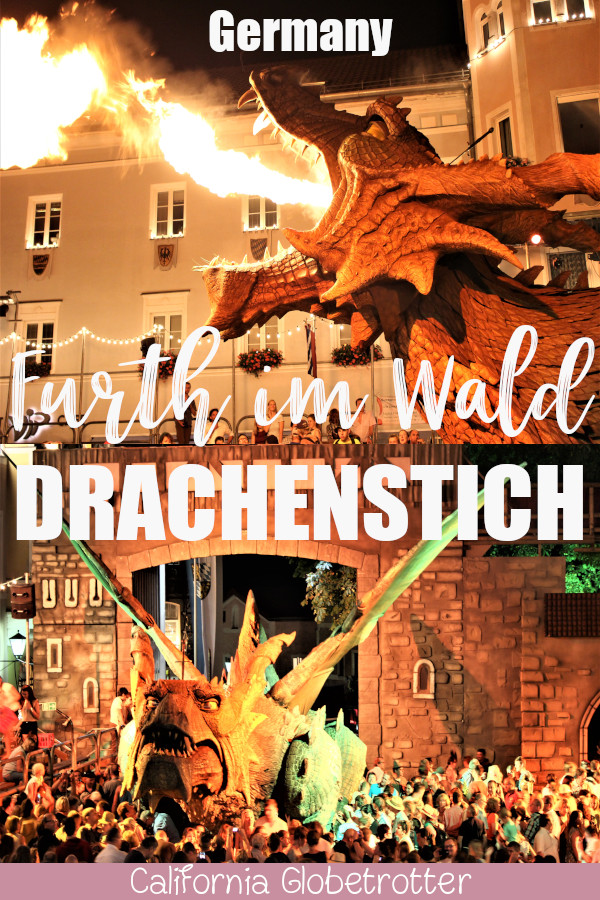 Superlatives in Germany (The Biggest, The Oldest, The Tallest…)

What draws a crowd to this special outdoor play is the relatively new dragon. This dragon, named Tradinno (for tradition and innovation) is the world’s largest robot, a four-legged walking, bleeding, fire-breathing dragon robot in the world. This dragon even have facial expressions and wings that expand to a width of 12 meters! The dragon weighs 11-ton, cost over 2 million euros to build by 20 different companies, including Hollywood. It is 16 meters long and 5 meters high. The dragon is controlled by five men strapped with the controls, monitoring its every move.

The identity of the dragon slaying play is so ingrained into the town’s identity that the town is actually known as the “City of Dragons”. It seemed like each and every building in the town has some sort of Dragon insignia, reminding passersby of the town’s unite history.

The stadium is built in the town’s largest square, dirt is brought in and the performance stage is built which the actors find the most creative ways of using every inch of to make the play as real as possible. During the performance, photography is not allowed.

At the beginning, the play takes place in the stone age and begins with the dragon being a good and kind to the cavemen. They continuously ask the dragon for fire, but he always refuses knowing that it would change the people. Finally, one day he gives in and allows the people to enjoy his fire. Turns out, he was right. The cavemen turn into angry, killing people. The people start burning everything and the dragon couldn’t find food anymore so he started to eat what was left: the people which turned him into a blood-lusting fiend. The dragon is cursed and falls into a deep slumber because an innocent girl sacrificed herself to save the others.

The dragon does not awaken until the Hussite war in Bohemia in the 15th century. The taste of blood soaks into the ground, awakening his desire for blood. A large army of knights forms to crusade against the Bohemians. The dragon unleashes terrible destruction and misery upon the town, craving the taste of blood. The play focuses mostly on religious fanaticism during this portion of the play.

But to stop the all mighty dragon, only two different types of people could possibly fulfill the prophecy. Either a young woman from the castle of Furth who is pure can sacrifice herself to save her people or Udo, the fearless knight who has never killed a soul before. The play ends with the fearless knight spearing the dragon whose blood drenches the ground before succumbing to his wounds.

Unfortunately, I didn’t understand much more of the play as it was in a Bavarian dialect. But there was a lot of screaming, yelling and running. The knights ride through on their mighty horses and the towns people ride the wagons. This year, photography and filming was strictly enforced and prohibited. While this is great for watching the show, it was also a little frustrating not to be able to snap some awesome pictures of the fire-breathing dragon standing next to the town people and the backdrop of the theater. Luckily, they left the dragon out for an extra half hour or so after the play ended to give the viewers a chance to snap some memories with the world’s most frightening, realistic mechanical dragon. The negative aspect of this is that the entire audience swarmed the dragon, making it difficult to get good pictures without people.

Things you need to know before going: